Franck Marchis is on the team that has delivered an actual image of a young, hot world about 100 light years from Earth. We talk with him on the 20th anniversary of the first exoplanet discovery. Emily Lakdawalla reveals spectacular Charon, while Bill Nye and Mat Kaplan compare notes on “The Martian.” What’s a syzygy? Find out from Bruce Betts on What’s Up. 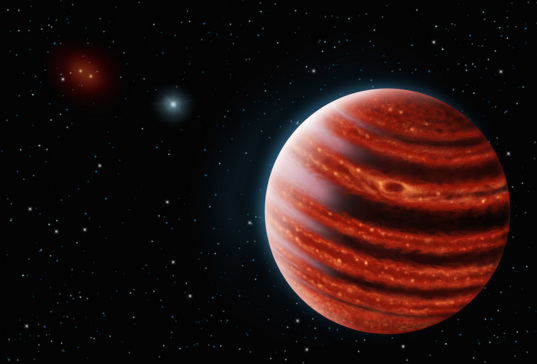 Artist's rendering of the extrasolar planet 51 Eridani b, a "hot young Jupiter," in near-infrared light. 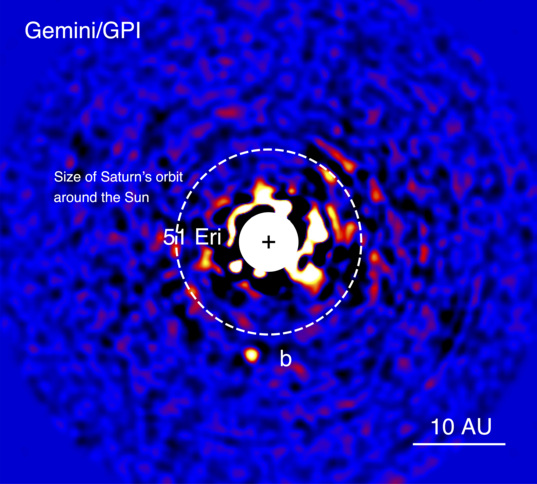 Discovery image of the extrasolar planet 51 Eridani b as seen in near-infrared light by the Gemini Planet Imager in Chile on December 14, 2014. The bright star at the center, 51 Eridani, has been masked as it is 1 million times brighter than the planet.

Complete the contest entry form at http://planetary.org/radiocontest or write to us at planetaryradio@planetary.org no later than Tuesday, October 13th at 8am Pacific Time. Be sure to include your name and mailing address.

Syzygy is a word for three celestial objects in a straight line.