The crew, scientists, engineers, educators and other aboard SOFIA

Planetary Radio returns to SOFIA, the Stratospheric Observatory for Infrared Astronomy, but this time we fly in the giant 747 turned telescope platform. It was a night to remember. Emily Lakdawalla has the lowdown on New Horizons’ tiny 2019 target far beyond Pluto. Bill Nye looks back at five years as leader of the Planetary Society. Bruce Betts joins Mat Kaplan at more than 40,000 feet for a very high edition of What’s Up. 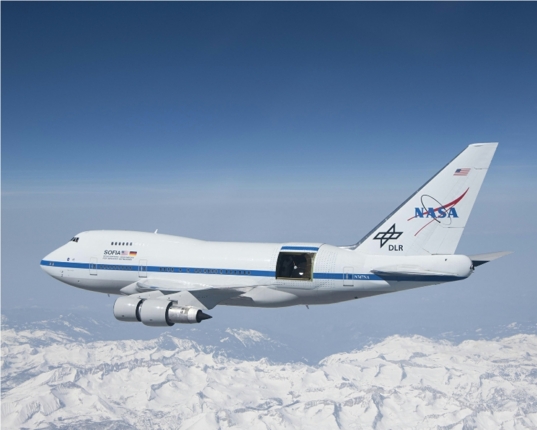 Complete the contest entry form at http://planetary.org/radiocontest or write to us at planetaryradio@planetary.org no later than Tuesday, September 15th at 8am Pacific Time. Be sure to include your name and mailing address.

What Mars lander or landers were imaged under their parachutes by orbiters as they descended to the surface?

Phoenix and Curiosity were imaged by the Mars Reconnaissance Orbiter as they descended to the Martian surface under parachutes.