Kip Thorne and the Science of Interstellar

Spoiler alert. Famed physicist Kip Thorne says you might be able to survive a plunge into a black hole after all! That’s just one molecule of the fascinating science behind the science fiction film he helped create. We’ll talk about the movie and Kip’s new book, “The Science of Interstellar.” Emily Lakdawalla and Bill Nye preview several major space events, and Bruce Betts joins Mat Kaplan for another stellar edition of What’s Up. 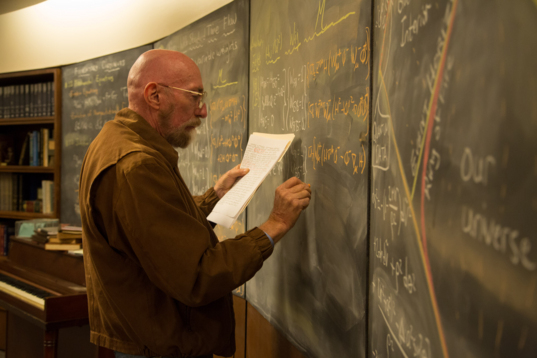 Caltech physicist Kip Thorne was an executive producer of “Interstellar” and one of its science advisors.

This week's prize is the beautiful and informative Year in Space Desk and Wall Calendars.

Complete the contest entry form at http://planetary.org/radiocontest or write to us at planetaryradio@planetary.org no later than Tuesday, December 9, at 8am Pacific Time. Be sure to include your name and mailing address.

What is the approximate mass of the Philae lander? Hint: It’s more than an ant.

The Philae comet lander has a mass of about 100 kilograms.