Planetary Scientist Jim Bell of Arizona State University joined other experts in front of the US House of Representatives Space Committee on September 10th. Get his report this week. Emily Lakdawalla answers a big question about the Curiosity Mars rover’s destination. Bill Nye says keep future attention on collecting samples of Mars for later return to Earth. Bruce Betts has found the end of the rainbow on a distant moon called Ariel. 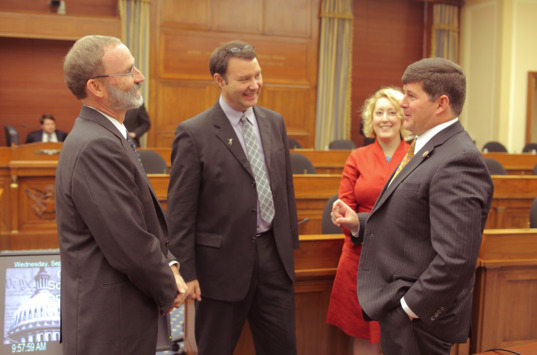 Complete the contest entry form at http://planetary.org/radiocontest or write to us at planetaryradio@planetary.org no later than Tuesday, September 23, at 8am Pacific Time. Be sure to include your name and mailing address.

Where in the solar system is Leprechaun Valles?

Leprechaun Valles is on Ariel, moon of Uranus.