The most bizarre things happen to matter at pressures millions of times higher than what we feel on Earth’s surface. Physicist Gilbert "Rip" Collins of the Lawrence Livermore National Lab will tell us about recent use of the world’s most powerful lasers to recreate conditions at the cores of giant planets. Emily Lakdawalla looks forward to a Martian encounter with a comet. Bill Nye collects a few grains of stardust—real, interstellar stardust. It’s a big week in space history. Bruce Betts will provide a few highlights just before he and Mat offer up a new space trivia contest. 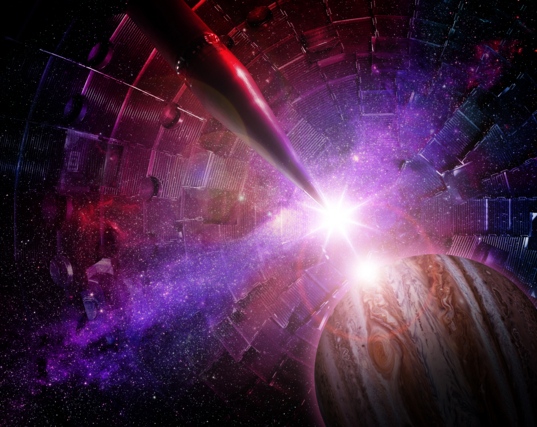 Peering into giant planets from in and out of this world

The interior of the target chamber at the National Ignition Facility at Lawrence Livermore National Laboratory. The object entering from the left is the target positioner, on which a millimeter-scale target is mounted. Researchers recently used NIF to study the interior state of giant planets.

What were the names of the five pocket mice flown on Apollo 17?

Complete the contest entry form at http://planetary.org/radiocontest or write to us at planetaryradio@planetary.org no later than Tuesday, August 26, at 8am Pacific Time. Be sure to include your name and mailing address.