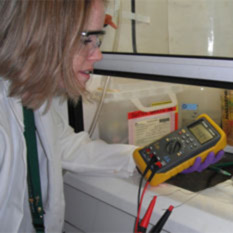 There’s so much we don’t know about the origin of life here or anywhere else in the universe. But there must have been an energy source. Researcher Laurie Barge led work that simulated the natural formation of a fuel cell that may have taken place in Earth’s primordial oceans. With Emily Lakdawalla on vacation, Jason Davis debuts as the LightSail Project’s embedded journalist. Bill Nye is following NASA’s Commercial Crew progress. Bruce Betts takes Mat Kaplan and listeners on another tour of the night sky. 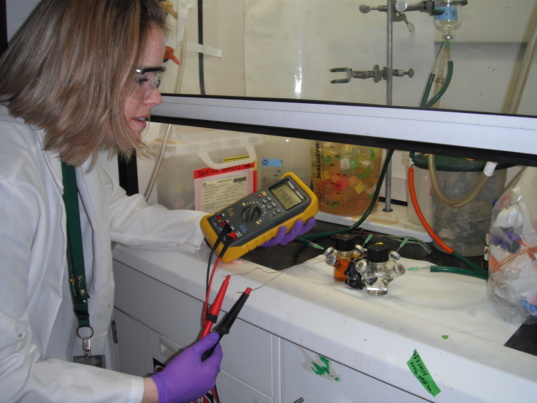 How did life arise?

Laurie Barge of NASA's Jet Propulsion Laboratory is seen here with a version of one of her team's fuel cells. They use the fuel cells to study the chemical processes thought to have given rise to life on Earth, and possibly other planets.

How many moons has Cassini discovered at Saturn?

Complete the contest entry form at http://planetary.org/radiocontest or write to us at planetaryradio@planetary.org no later than Tuesday, July 8, at 8am Pacific Time. Be sure to include your name and mailing address.