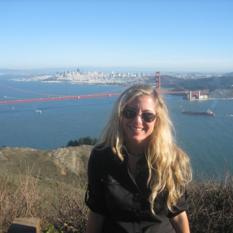 The Planetary Science Institute's Amanda Hendrix looks for and studies water in our solar system, where it has been found in surprising locales.  Earth's moon, for instance. She talks about Luna’s ice and the weathering of its ancient surface.  Contributing editor Jason Davis sits in for vacationing Emily Lakdawalla, and tells us about a just-launched spacecraft named IRIS. Bill Nye says it can be hard to tell who’s on what team when it comes to support for space exploration in Washington.  Bruce Betts and Mat Kaplan have another Planetary Radio 2.0 t-shirt to give away in What’s Up!

This week's question:
Besides the five spacecraft on escape trajectories out of the solar system, what is the most distant INTACT spacecraft?  (Remember, the NCC-1701 is fictional.)

To submit your answer:
Complete the contest entry form at http:planetary.org/radiocontest or write to us at planetaryradio@planetary.org no later than Monday, July 8st, at 2pm Pacific Time.  Be sure to include your name and mailing address.

Last week's question:
When did the first guitar go into space, and on what spaceship?

Question from the week before:
How many Plutos would fit inside Jupiter?

Answer:
Roughly 200,000 Plutos would fit inside Jupiter if you squished them.