First Earth-Sized Exoplanet is Next Door! 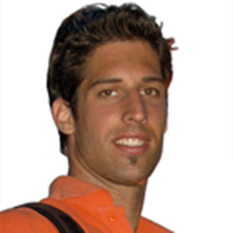 Xavier Dumusque is the young astronomer who was lead author for the announcement of the first exoplanet found in the Alpha Centauri system, just 4.3 light years from Earth.  It's also the first Earth-sized world found outside our own system. Emily Lakdawalla wowed the crowd at the Galaxy party in LA, and you'll hear what other listeners think Curiosity SHOULD have found on Mars in our What's Up contest.

This week's prize is a beautiful and informative 2013 Year In Space wall calendar.

This week's question:
What is the most common graphical symbol for Neptune designed to look like?

To submit your answer:
Send an email no later than Monday, December 17, at 2 pm Pacific time to planetaryradio@planetary.org containing:

Last week's question:
TRMM is the Tropical Rainfall Measuring Mission.  It is a joint project of NASA and what other space agency?

Question from the week before:
What do you think Curiosity has discovered on Mars?  The most creative and/or humorous answer will win.

Second Place Answer:
"A zombie, 'cause they're everywhere these days.  And now NASA scientists are debating whether it has found life or not." from Torsten Zimmer

4th Place Answer:
"This week, NASA will announce that Curiosity discovered a bag of marbles believed to be that of Tootles, one of Peter Pan's 'Lost Boys.' Tootles last remembers having his marbles while heading to the second star to the right, and straight on till the Dawn probe." from Jeff Belback

5th Place Answer:
"A copy of Douglas Adam's 'Hitchhiker's Guide to the Galaxy,' and the remains of a towel." from John Kimberley

6th Place Answer:
"The Curiosity rover has discovered evidence of ancient tanning salons, proving conclusively that there has never been intelligent life on Mars." from Edward Lupin

"A copy of 'The Earthlink Chronicles.'" from Dereck Urbanowski

"NASA announced today the astonishing discovery by the Curiosity rover of a huge meteorite on the surface of Mars. Mineralogical testing revealed that the meteorite is actually composed of bedrock from the North American continent and has been on Mars for roughly 65 million years.  Incredibly, all evidence indicates that this object was ejected from Earth by the cataclysmic impact that brought the age of dinosaurs to a close. Although the geologic and chemical signatures are compelling, the undeniable evidence for NASA's conclusion was the active colony of American Cockroaches living in and around the big rock. In making the announcement, NASA's administrator said,'This discovery will go down in the history books. Today we have proven that an asteroid impact really did kill off the dinosaurs, that Panspermia is a viable concept, and that cockroaches really will be the last living species from the Planet Earth.' He went on to say that NASA is working on a new $1.5 billion mission to safely land on Mars a roach motel the size of a Volkswagen Beetle." from Curt Lewis