Live at PATS With OSIRIS REx! 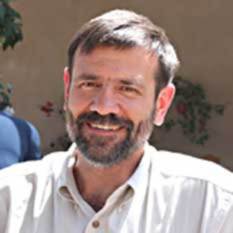 It’s Planetary Radio Live at the Pacific Astronomy and Telescope Show, with JPL astrodynamicist Steve Chesley and Planetary Society Director of Projects Bruce Betts. Steve and Bruce reveal the exciting OSIRIS REx mission to an asteroid and then back to Earth with a precious soil sample.  Enter the contest to name that asteroid! Steve is also an expert on the Near Earth Objects that threaten our planet. Bill Nye and Emily Lakdawalla check in, and one listener will win a Celestron FirstScope telescope!

This week's prize is a Celestron FirstScope Telescope!

This week's question:
As of September 20, 2012, approximately how many Near Earth Asteroids are known to exist?

To submit your answer:
Send an email no later than Monday, October 1, at 2 pm Pacific time to planetaryradio@planetary.org containing:

Last week's question:
What is the south pole star of Mercury?

Question from the week before:
Who was Gale Crater named after and where was he from?