We're celebrating 10 years on Mars with the Mars Exploration Rovers 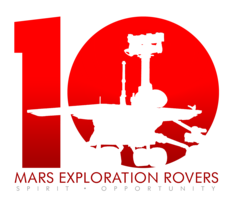 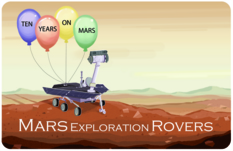 You can also send a personal message to the scientists and engineers responsible for these remarkable roving robots. We'll be collecting messages throughout January, so there's plenty of time to get your friends and family to send messages, too.

Send a Message to the MER Team

We hope that you explore our virtual party, play our games, see some pictures and enjoy our videos. For more in-depth coverage of the MER mission, we have posted A.J.S. Rayl's monthly articles below. You will not find a better source of MER activities. 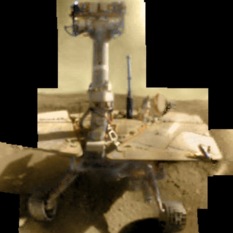 When Opportunity’s 5000th day dawned in February, it was a meaningful milestone for the team, and it led to a personal first for the veteran robot field geologist that has chalked up so many firsts she’s set the standard for Mars rovers. 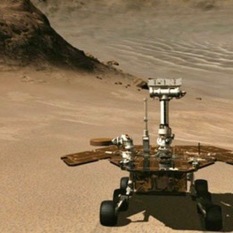 In January, Opportunity quietly completed 14 years of surface operations on Mars—the longest-lived robot on another planet. 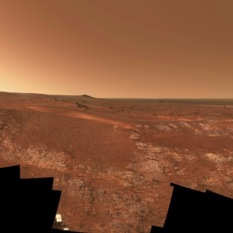 With the Martian winter on the run, Opportunity cruised closer to its 14th anniversary of exploring the Red Planet in December as she deliberated a distinctive “fork in the road” deep in Perseverance Valley and wrapped another record year. 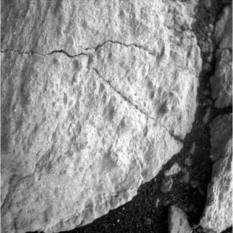 Opportunity continued the historic winter science campaign inside Perseverance Valley and delivered the goods that confirmed an important discovery in November, and then cruised through winter solstice, driving the mission closer to its 14th anniversary of surface operations coming up in January. 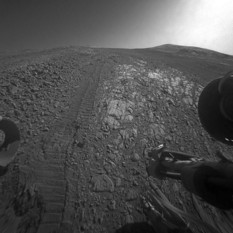 As brutally cold got even colder at Endeavour Crater in October, the depths of winter gripped Opportunity, and ‘life’ on Mars slowed. But the robot field geologist continued to work on through the doldrums of the season.

You are here:
Home > Get Involved > Events > Rover Party