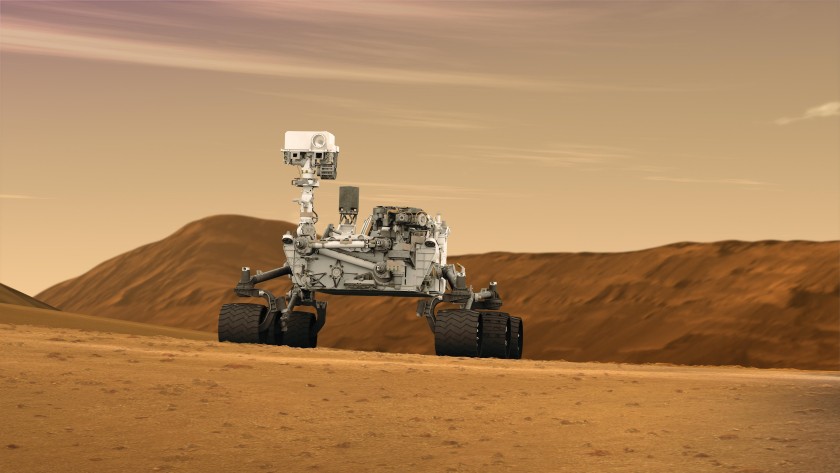 Carl Sagan once said that there are four large bodies other than the Sun in our solar system, and the rest are debris.

But these debris, small as they are, are themselves vast worlds with secrets waiting to be discovered. In the last decade, NASA has sent an unprecedented number of missions into space to explore the mysteries of these debris – specifically Mars, our Moon, and asteroids.

This is a casual event and suitable for the entire family. Grab a snack and a drink and learn about the latest scientific results and stunning images returned from our missions of exploration. Questions and discussion are encouraged.

A representative of the Planetary Society, Casey Dreier, will also be in attendance with the Society's own touchable Mars meteorite.

The event is located on the third piece of debris from the sun, at Spokes on Southern, an alehouse in Tempe, AZ. Parking is free. We will start gathering around 7pm. There will be free chips, salsa, guacamole and happy-hour prices on drinks and food throughout the duration of the event. Speakers start around 7:30pm.

The event is free and open to all, so bring a friend and get a unique perspective on NASA's exploration of the solar system.

Dr. Jim Bell (ASU)
Jim is an active planetary scientist and has been heavily involved in many NASA robotic space exploration missions, including Near Earth Asteroid Rendezvous (NEAR), the Mars Exploration Rovers, Mars Reconnaissance Orbiter, Lunar Reconnaissance Orbiter, and the MSL Curiosity rover mission. He is also the author of multiple books, his most recent being "The Space Book: From the Beginning to the End of Time, 250 Milestones in the History of Space and Astronomy," and is available to sign any you bring. He is also the President of the Planetary Society.

Dr. Melissa Rice (Caltech)
Melissa is a scientist studying geology on the Martian surface and is an active science team member on the Mars Curiosity and Opportunity missions.

Sarah Braden (ASU)
Sarah is a graduate student at ASU and works on the Lunar Reconnaissance Orbiter mission.

Curiosity's Wheel
6/1/2013 - Just confirmed! We'll have a full-size replica of one of Curiosity's wheels, as well as samples of its parachute fabric and SkyCrane cable. A huge thanks to the Jet Propulsion Laboratory for providing these.

Please direct all inquiries about this event to Casey Dreier at casey.dreier@planetary.org