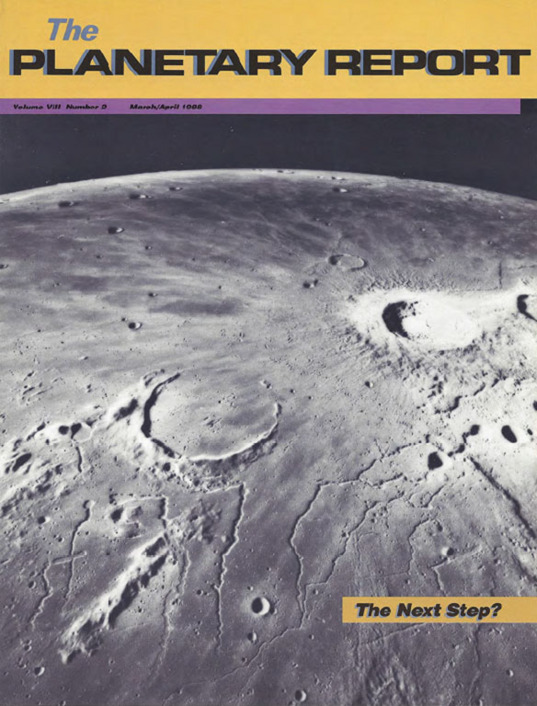 On the Cover: Apollo 15 astronauts photographed the Aristarchus-Prinz region of the Moon from their command module. Crater Aristarchus, about 40 kilometers in diameter, is at upper right. In the foreground are the lava-drowned, ruined ramparts of the ancient crater Prinz and the mysterious network of rilles believed to result from more recent volcanic activity.
AS15-2607, courtesy JPL/NASA

4 Going to Mars by Way of the Moon: Michael Duke explains the role of a lunar base in Mars exploration.

8 A Talk With John Aaron: Louis Friedman sits down with the head of NASA's new Office of Exploration to discuss his job, the state of NASA, and the future.

3 Thirty Years of SETI NASA's administrator looks at the search for extraterrestrial intelligence.