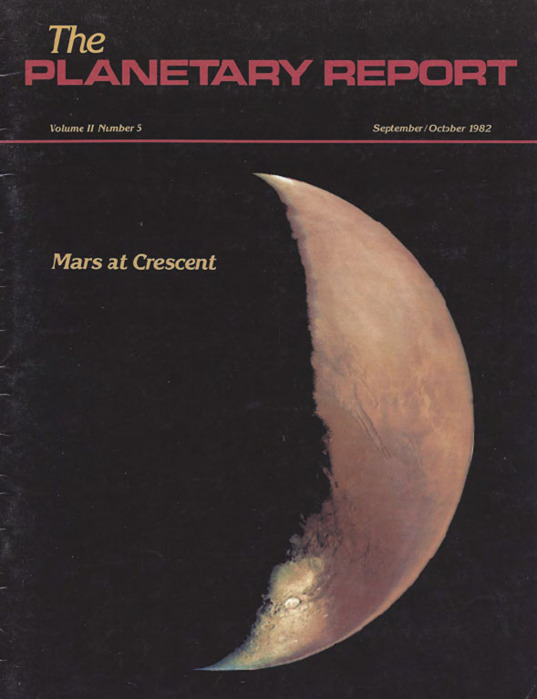 On the Cover: Mars was photographed by the Viking spacecraft on their approaches in 1976. Two orbiters and two landers surveyed and sampled the Red Planet, returning data on its weather, geology, and lack of biology.
Planetary Image Facility, JPL / NASA

4 Sounds from Space: Frederick Scarf discusses the technology and science behind recording "sound" in space.

7 Charting a Course for Spaceship Earth: Humankind in the Solar System: Brian O'Leary looks at the argument of man vs. machine and the expansion of humanity beyond Earth.

10 The Viking Legacy: John Spencer showcases some of the stunning images Viking has sent back from Mars.

15 A Talk with Burt Edelson: Louis Friedman sits down with the Associate Administrator for Space Science and Applications at NASA.

18 News & Reviews The politics of space; the climate of our own planet.

21 Washington Watch NASA budget and its effects on planned missions.