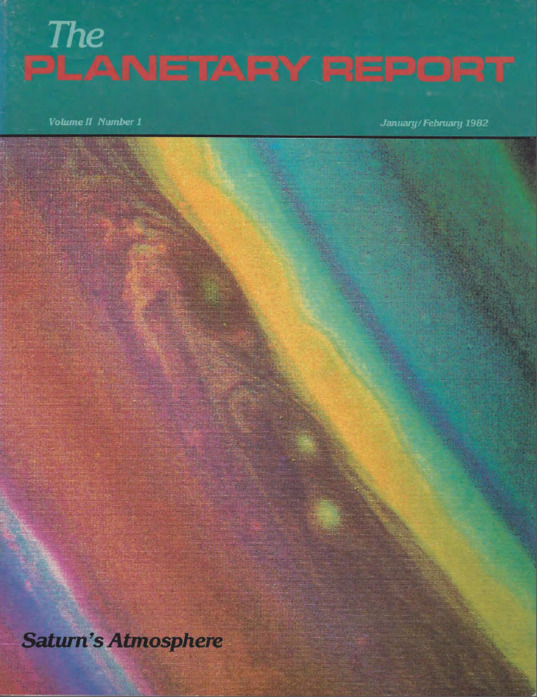 On the Cover: False color processing can reveal features of a planet's atmosphere that would be muted or invisible to the human eye. Here, combined ultraviolet, violet, and green images from Voyager 2 bring out bands, waves, and spots that are hard to discern in Saturn's bland, true colors. Using false color images, scientists can model details of the atmospheric composition and structure.
NASA / JPL