Return to the Rings 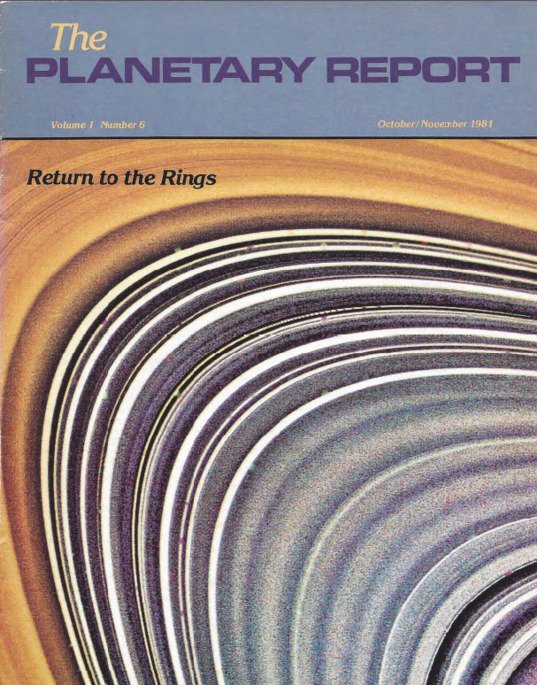 On the Cover: The striking contrast between the blue of the C-ring and the yellow of the B-ring is a product of the processing of three images taken through different color filters. False color processing provides scientists with information unavailable in "real" color. Differences in the surface compositions of ring particles in the major divisions in Saturn's rings show up as color variations.
JPL / NASA

3 Encounter Diary: Anita Sohus records the recent happenings on the Voyager mission from behind the scenes at the Jet Propulsion Laboratory.

4 Return to the Rings: Richard J. Terrile highlights new discoveries by Voyager in the rings of Saturn.

6 Radio Science at Saturn: Voyager radio science team members Von R. Eshleman and G. L. Tyler explain what exactly radio science is, and how they'll use it to investigate Saturn and its moons.

12 Understanding the Earth's Weather and Climate: Moustafa T. Chahine discusses the processes that influence our weather, and how we can use that to understand atmospheres on other planets.

10 News & Reviews The atmospheres of Venus and the outer solar system; martian meteorites.