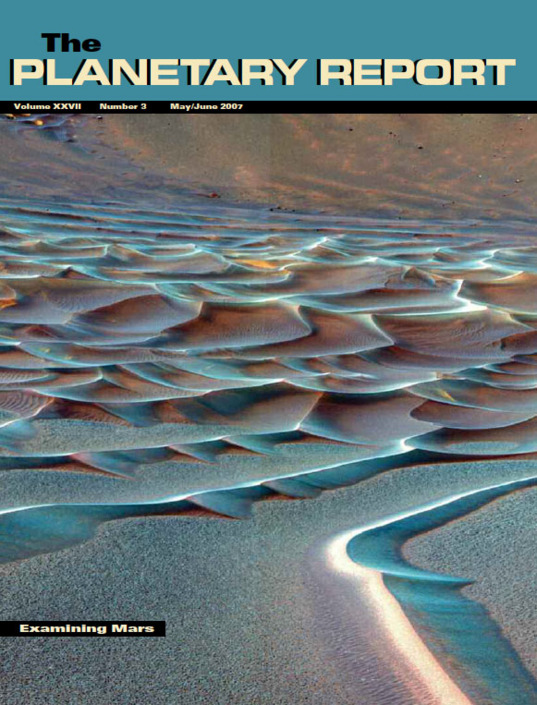 The Pioneer Anomaly—A Mystery of Cosmic Proportions, by Bruce Betts; Searching for E.T. and the Cure for Cancer, by Amir Alexander and Charlene M. Anderson; Spirit and Opportunity—Martian Geologists, by Matt Golombek 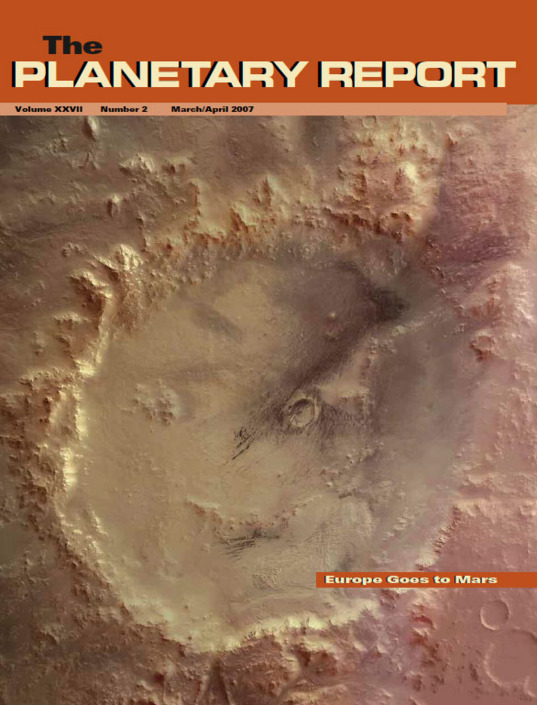 In the Dark at the Red Planet, by Doug Ellison; Europe's First Trip to Mars, by A.J.S. Rayl; Annual Report to Our Members, by Neil deGrasse Tyson 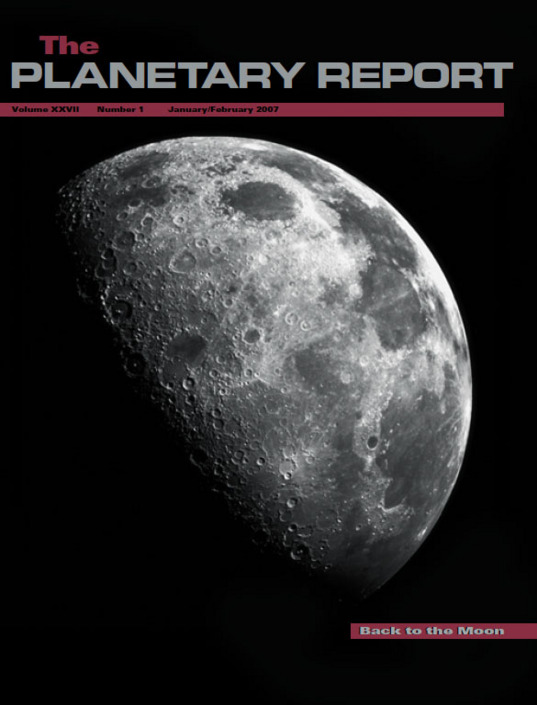 Back to the Moon

Why Return to the Moon? by Buzz Aldrin; Lunar Mysteries Beckon, by Dave Stevenson; Destination Moon: An International Effort, by Louis D. Friedman; To Mars by Way of the Moon, by Christopher P. McKay 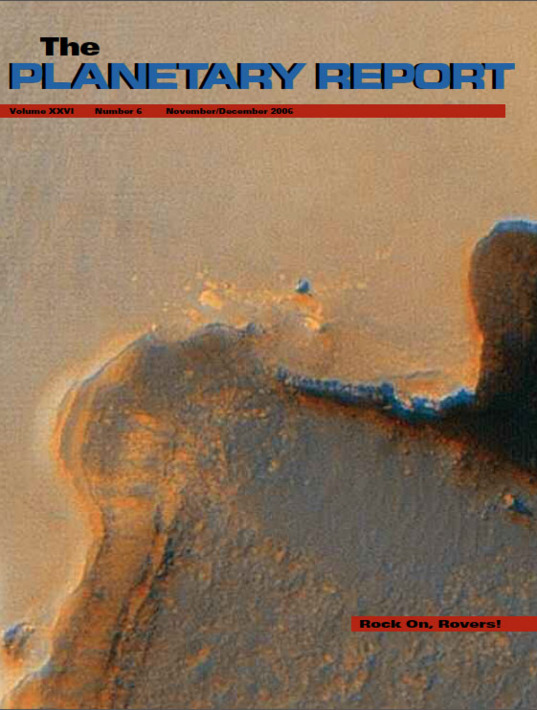 Where Would We Be Without Carl?, by Ann Druyan; Photographing Mars, by Jim Bell 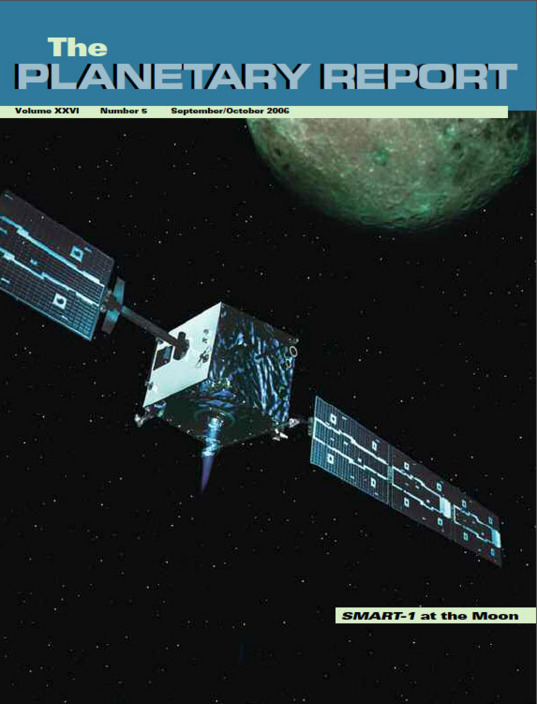 SMART-1 at the Moon

Our Adventures with Juno, by Dave Stevenson and Ari Berlin; Out of This World Books; SMART-1: Europe at the Moon, by Bernard H. Foing 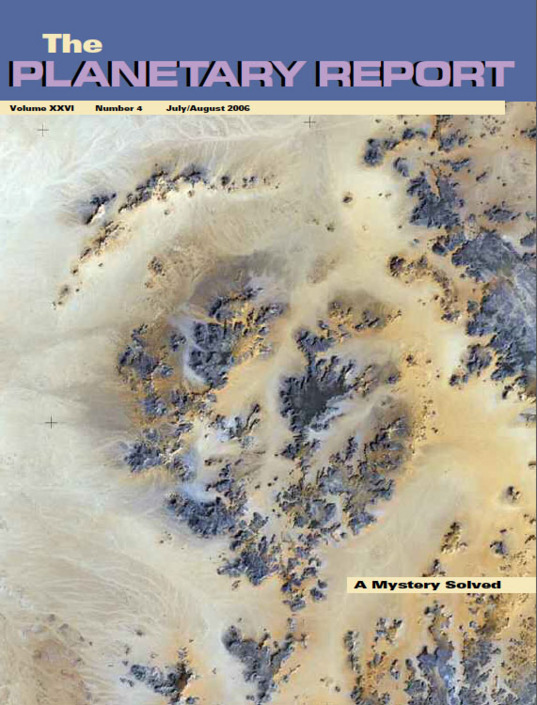 Don't Abandon Science at NASA, by Charles Kennel; Veiled Crater in the Eastern Sahara, by Farouk El-Baz and Eman Ghoneim; Interstellar Dust: The Hunt for the Building Blocks of the Universe, by Amir Alexander 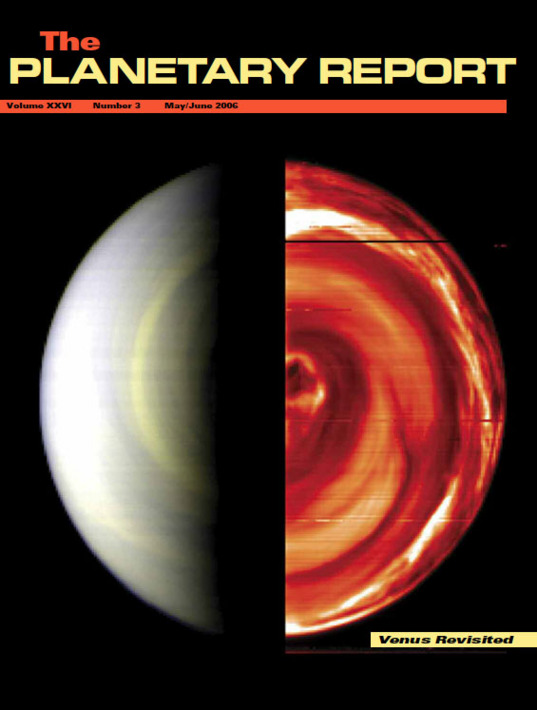 We Make it Happen! The Planetary Society Optical SETI Telescope, by Bruce Betts; The Third Time's a Charm: The Saga of the Mars Climate Sounder, by A.J.S. Rayl; Express to Venus: Europe Successfully Enters Orbit, by Emily Lakdawalla; The Chance and Necessity of Life: Reflections on AbSciCon 2006, by Jim Burke 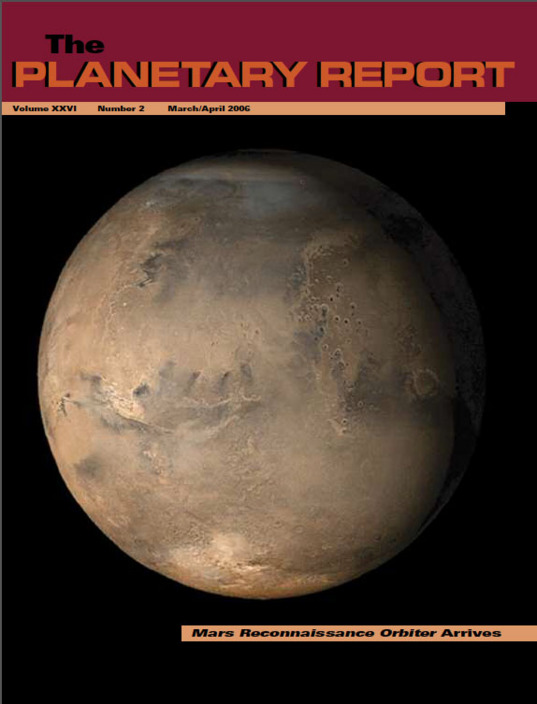 On to Pluto! New Horizons Heads Off to Explore the New Frontier, by John Spencer; Stardust@Home: You Can Help Find Particles from Distant Suns! by Andrew Westphal; Mars Reconnaissance Orbiter: The Next Step in Mars Exploration, by Jim Graf and Rich Zurek; Annual Report to Our Members 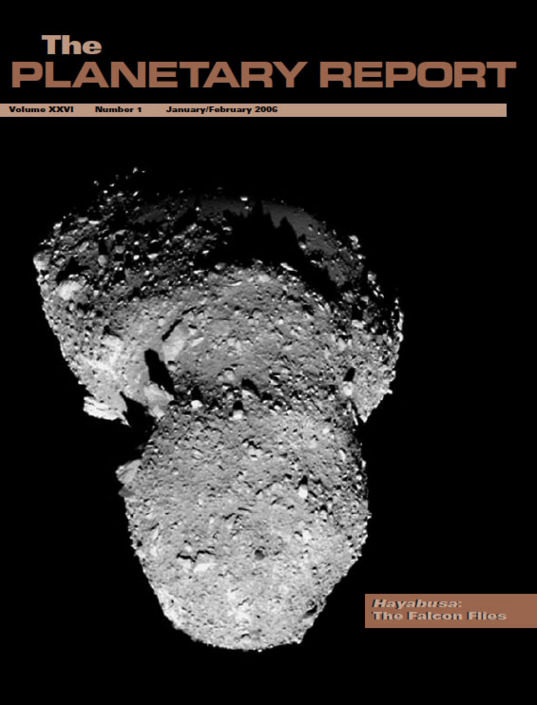 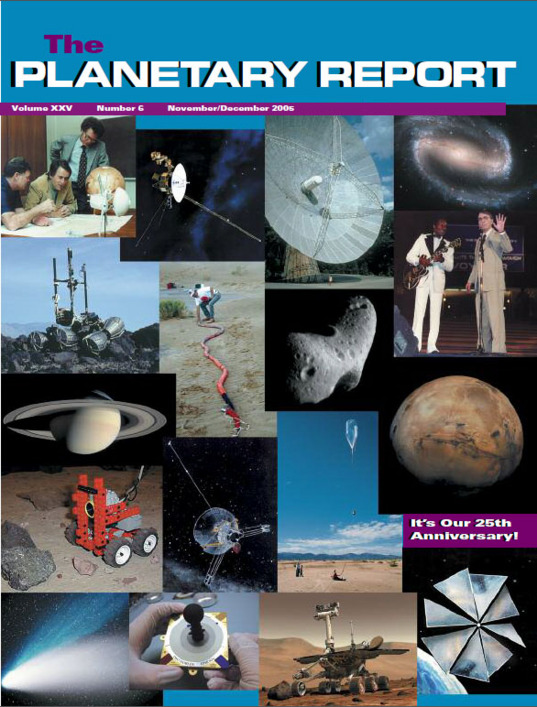 It's Our 25th Anniversary!

Only the Beginning: The First 25 Years of The Planetary Society, by Charlene Anderson; Our Next Age of Space Exploration, by Louis Friedman and Neil deGrasse Tyson; Bill Nye Looks at Our Past and Our Future, by Bill Nye