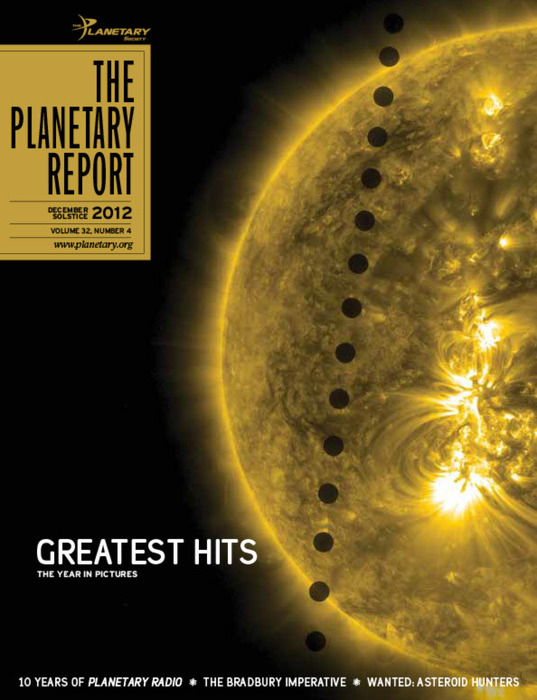 Greatest Hits: The Year in Pictures

The Bradbury Imperative, by Andy Chaikin; Where We Stand, by Casey Dreier; The Year in Pictures, by Emily Lakdawalla; Vacuuming Planets and Targeting Asteroids, by Bruce Betts; Infinite Visions from members; Planetary Society Kids: Why is Mars Colder than Earth? 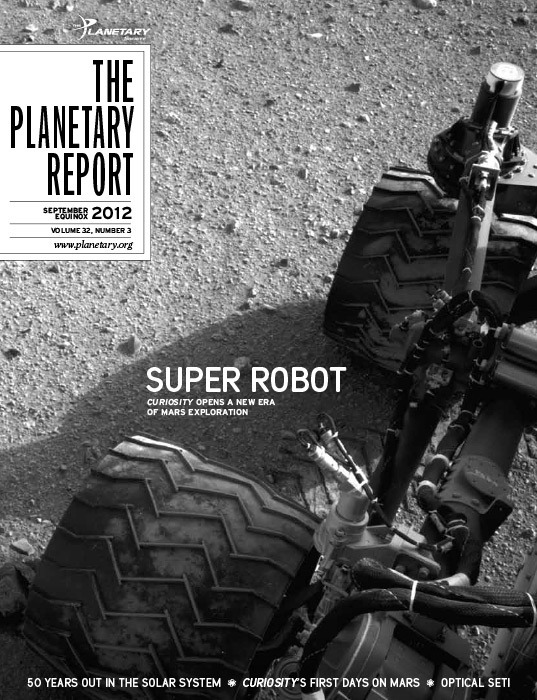 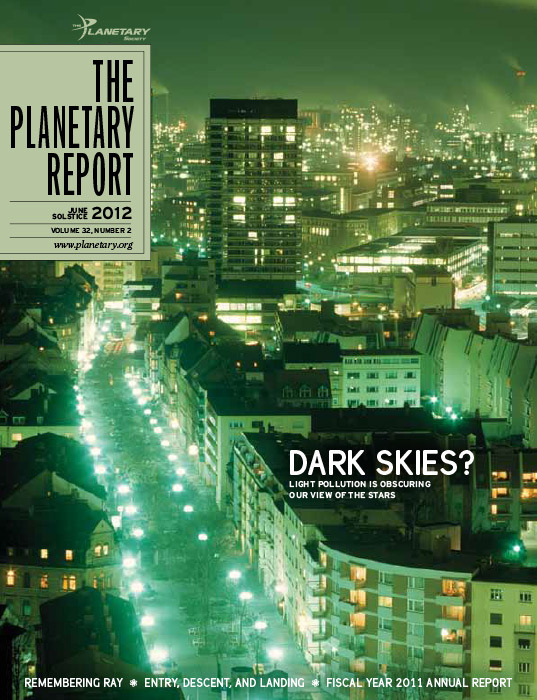 "Your Place In Space: Making History" by Bill Nye; Snapshots from Space: Saturn's two largest moons; A Martian Has Died, by Louis Friedman; Into the Dark, by W. Scott Kardel; Entry, Descent, Landing, by Bruce Betts; The Magnificent Aurora, by James D. Burke and Andrea Carroll; Zapping Rocks with Lasers, by Bruce Betts; Annual Report to Our Members 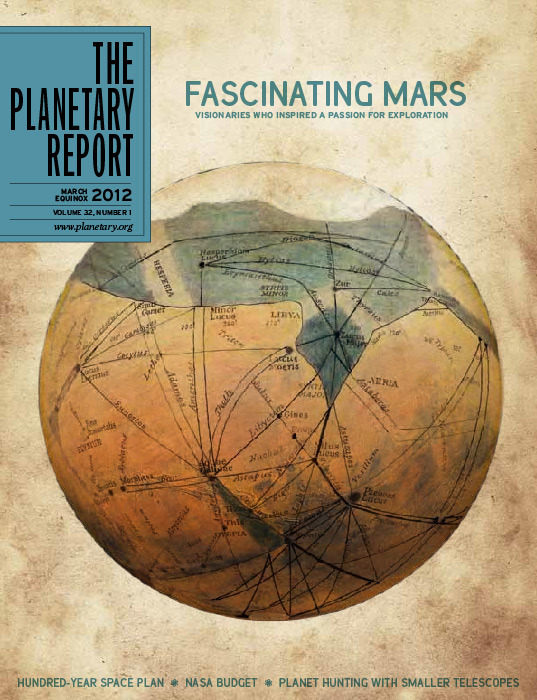 Louis Friedman suggests a practical plan for the next hundred years of spaceflight; Charlene M. Anderson discusses a lifelong love of science fiction with writer/director Andrew Stanton; Anderson also takes an in-depth look at what the proposed 2013 NASA budget means, and what Society members can do to help; and Bruce Betts reports on fiber-optic “scramblers” and planet hunting with smaller (relatively speaking) telescopes. Snapshots from Space features an image of the Moon from Japan's Hiten processed by Ted Stryk. 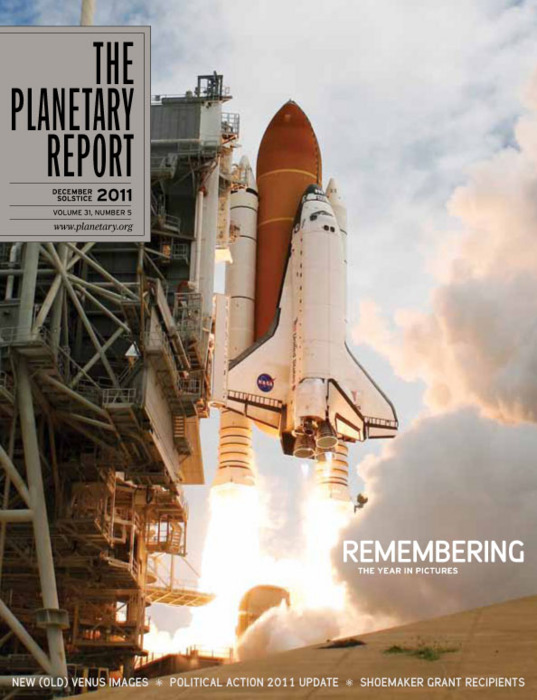 Remembering: The Year in Pictures

The Year in Pictures; Snapshots from Space: 1975 was good for Venus; 2011 Advocacy Wrap-Up, by Charlene Anderson; A Letter from Russia, by Bruce Betts; Protecting the Earth from Asteroids; Planetary Society Kids: How Do We Gather Light in Space? And How Do Telescopes Work? 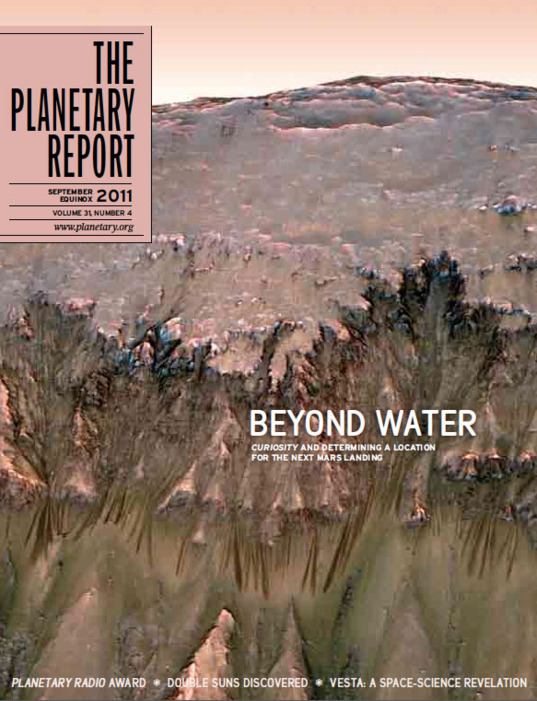 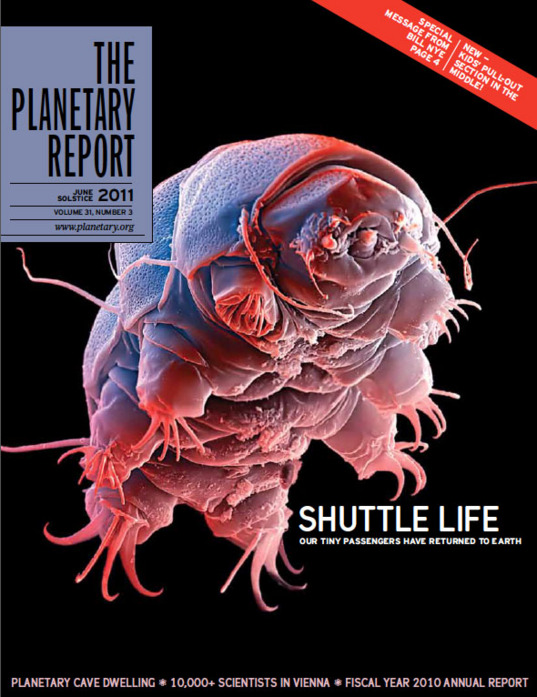 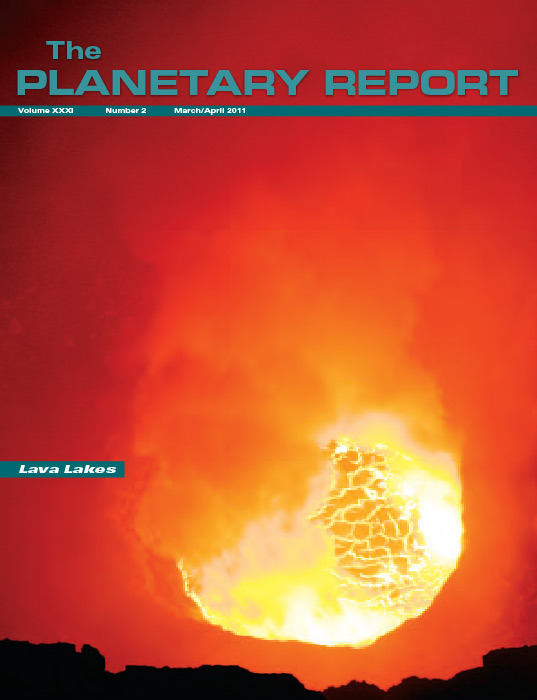 "Your Place In Space: Oh, To Be Young and Spacefaring" by Bill Nye; Snapshots from Space: Comet Crash; Once, We Went to the Moon, by John M. Logsdon; Lava Lakes on Earth and Io, by Ashley Gerard Davies; We Make It Happen! FINDS: One Step Closer to Faraway Earths, by Amir Alexander. 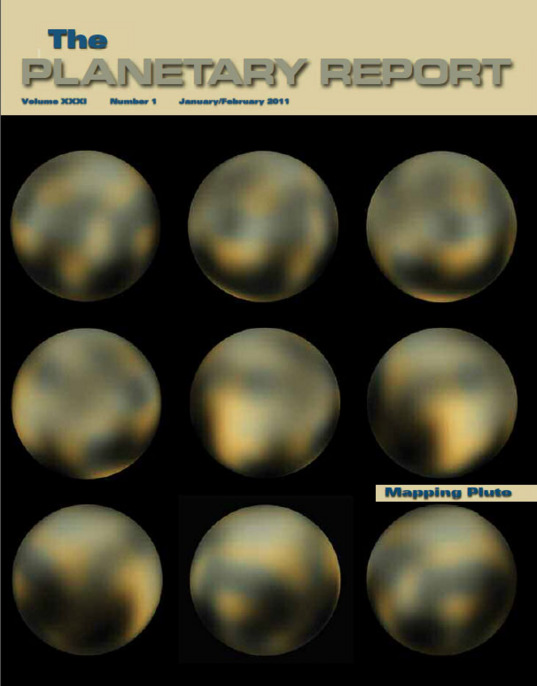 The Giant's Baleful Eye, by Emily Stewart Lakdawalla; Here and Now: Our Unique Perspective, by Bill Nye; Zooming in on Pluto: Using the Hubble Space Telescope to Map a Faraway World, by Marc E. Buie; Changes from Within, by Jim Bell; LightSail Update: Testing, Learning, and Waiting, by Louis D. Friedman; Fun with Microrovers, by Bruce Betts 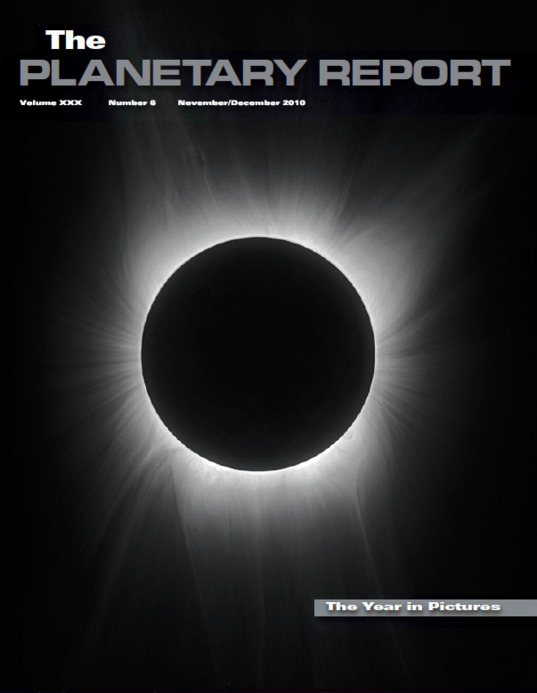 The Year in Pictures