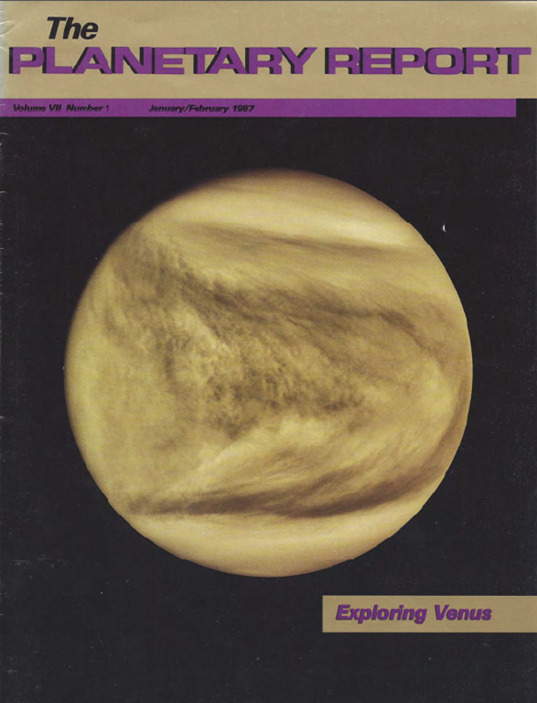 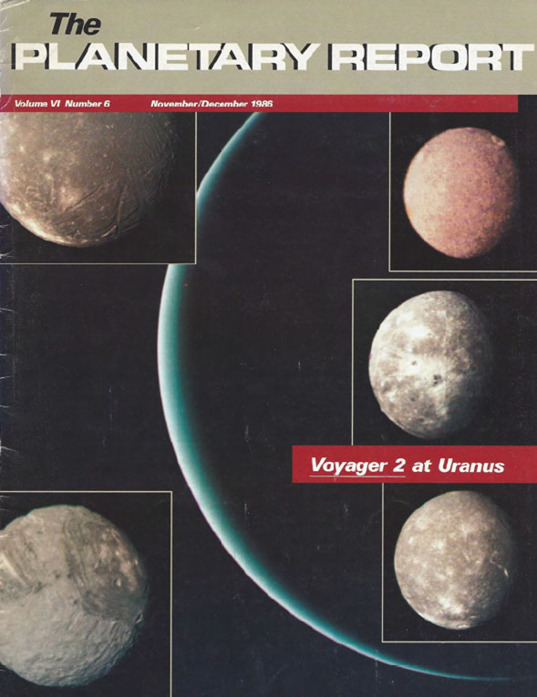 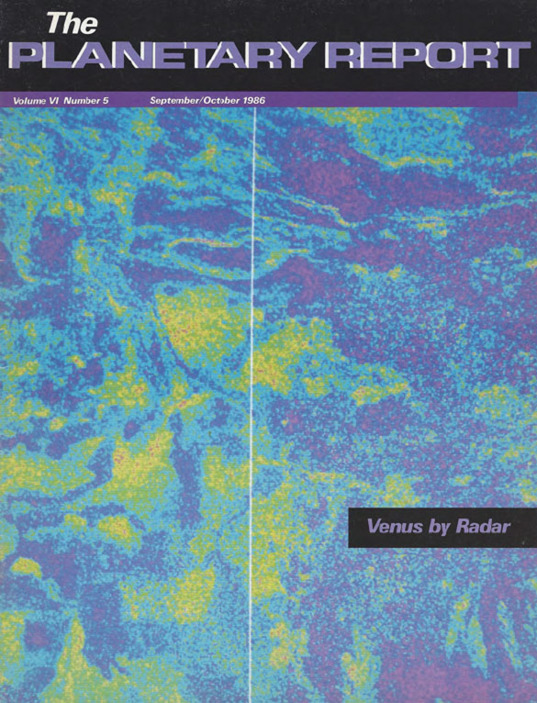 A Talk With Thomas O. Paine, by Louis Friedman; A Time to Act, by Louis Friedman; New Results From Venera 15 and 16, by N. A. Armand, V. L. Barsukov, and A. T. Basilevsky; The Stars Our Destination? The Feasibility of Interstellar Travel, by Robert L. Forward 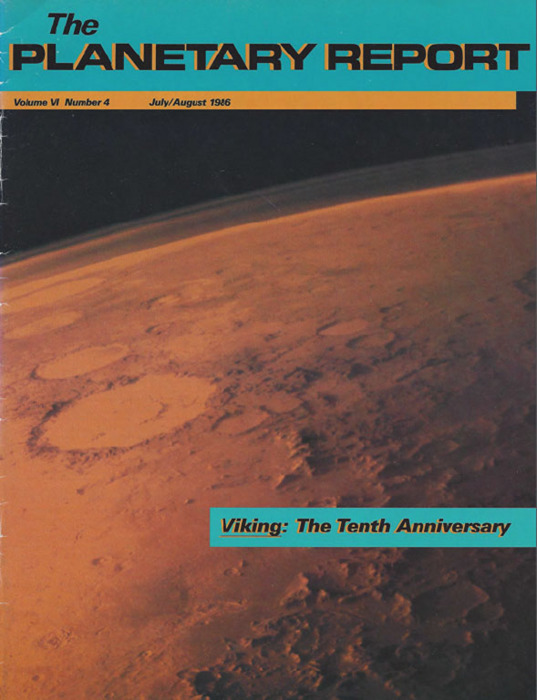 NASA, the Presidency and International Leadership, by Bruce C. Murray; There Is Life on Mars, and It Is Us! by Ray Bradbury; Let's Go to Mars Together, by Carl Sagan; Viking: Reflections After Ten Years, by James S. Martin, Jr.; A Millennium Project: Mars 2000, by Harrison Schmitt; New Robot Missions to Mars, by Louis D. Friedman and Alexander Zakharov; The Mars One Mission, by Kerry Mark Joëls 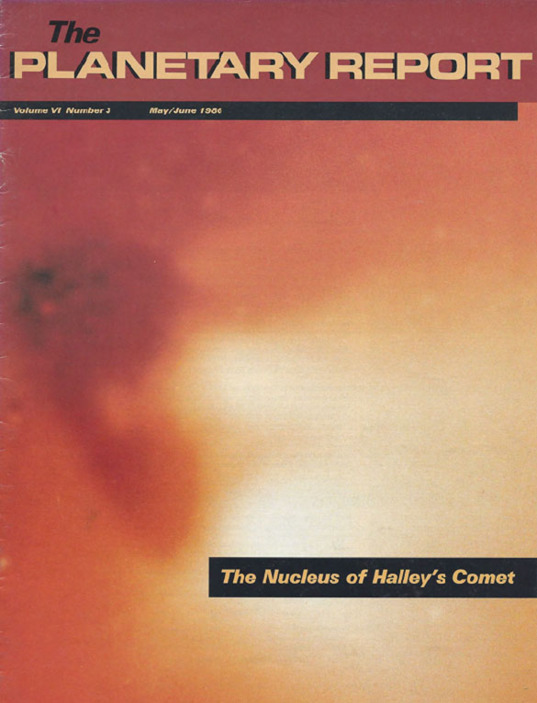 The Nucleus of Halley's Comet 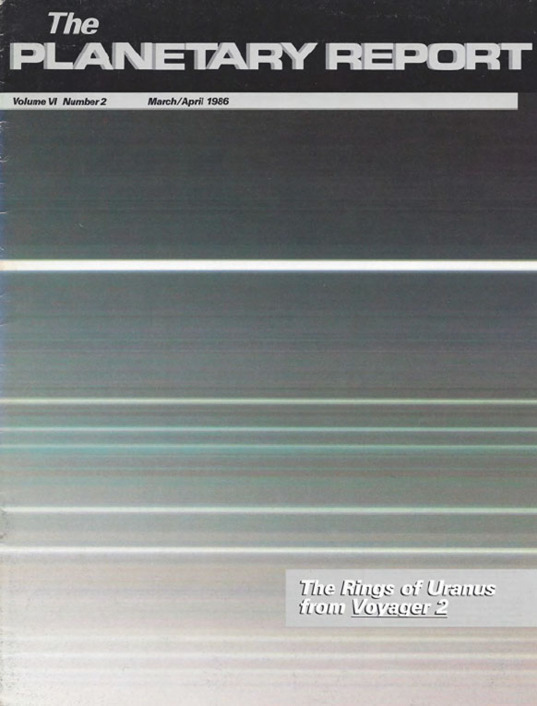 The Rings of Uranus from Voyager 2 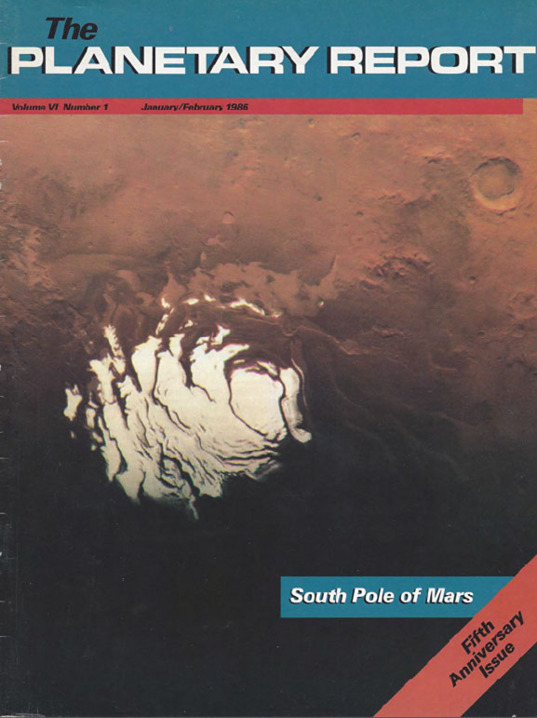 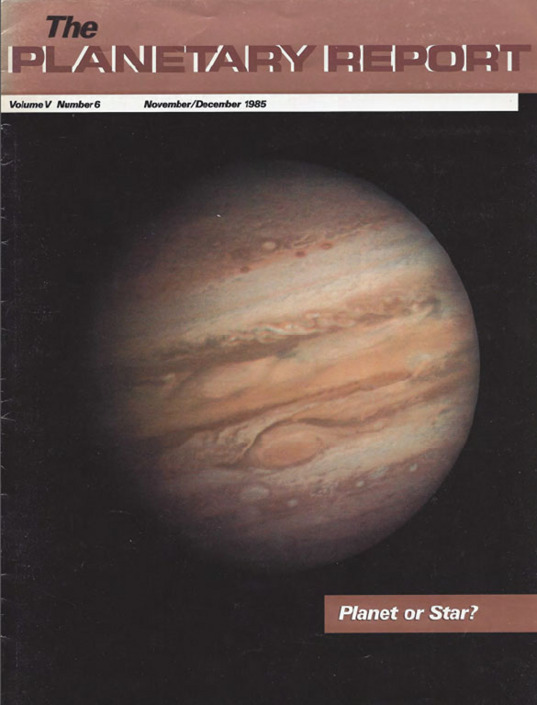 Van Biesbroeck 8B: Brown Dwarf and Extraordinary Planet, by Donald W. McCarthy, Jr.; What is a Planet? by Jonathan Eberhart; Approaching Uranus: Voyager 2 Prepares to Encounter the Seventh Planet, by Reta Beebe and Jay Bergstralh 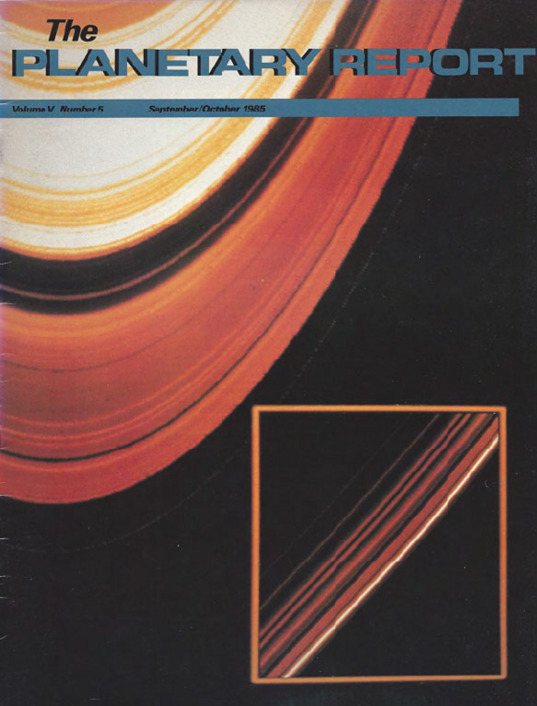 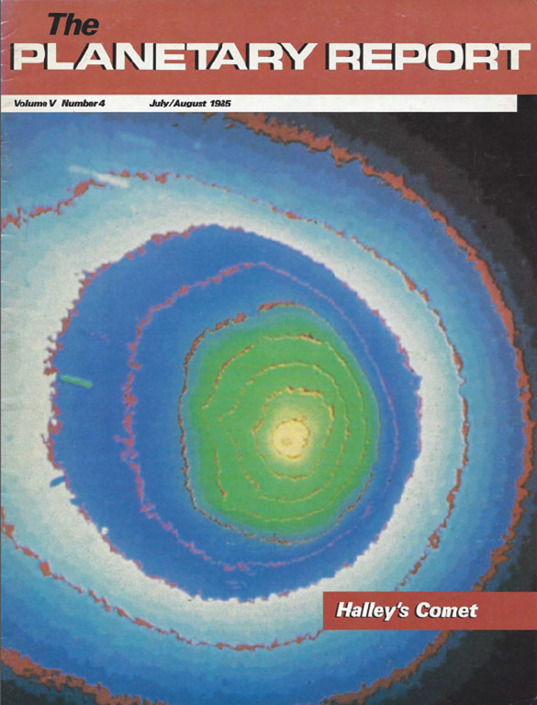 Through History with Halley's Comet, by Donald K. Yeomans; Looking Into Halley's Comet, by Julian Loewe and the staff of The Planetary Report; A Talk with Fred Whipple, by Kelly Beatty; The International Halley Watch: An Experiment in Cooperation, by Jurgen Rahe and Ray L. Newburn, Jr.