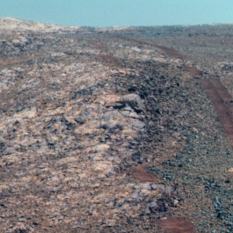 The Martian winter began to grip Endeavour Crater in September, slowing Opportunity's pace. But she braved the brutal cold in Perseverance Valley and followed her commands to visually document everything in sight. 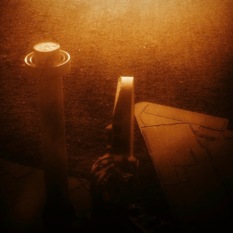 Along the western rim of Endeavour Crater, Opportunity forged onward in August vicariously taking the Mars Exploration Rovers team – along with a global contingent of mission observers all around Earth – downhill into Perseverance Valley and deeper into a new chapter in this legendary expedition of the Red Planet. 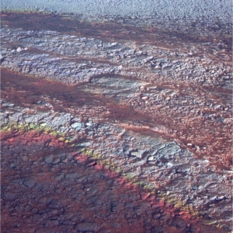 After struggling to get her left front wheel unstuck in June, Opportunity quickly adapted to a new driving strategy and unabashedly cruised into Perseverance Valley in July. 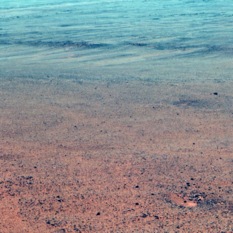 The autumn skies over Endeavour Crater remained hazy as dust from the summer storms continued to rain down, but Opportunity encountered some unexpected and serious June gloom when her right front steering wheel jammed during the walkabout atop Perseverance Valley.

In another dynamic demonstration of what can be achieved when a team works together, Opportunity cruised to the top of Perseverance Valley, shot the moon, and drove into her 160th month of surface operations in May. 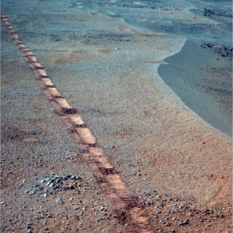 Opportunity spent the month of April 2017 outside the western rim of Endeavour Crater, cruising toward Cape Byron and Perseverance Valley, the centerpiece of its tenth extended mission.

After wrapping the final science investigations on the slopes of Cape Tribulation, Opportunity climbed up and over the rim of Endeavour Crater in March and embarked on the journey south toward its next science target: Perseverance Valley.

2017 got off to a start that was unprecedented in every good way: Opportunity completed her 13th Earth year of surface operations and drove the first overland expedition of the Red Planet into its 14th year.

As 2016 came to an end and 2017 rang in, Opportunity was working the first leg of the ascent up the rugged western rim of Endeavour Crater on her way to an ancient gully, the next scientific tour de force down the road, and the mission was closing in on its 13th anniversary of surface operations coming up in the New Year.

A tribute to members of the Mars Explorations Rovers team who passed away during the mission.