Dress rehearsal for the Moon landing

Apollo 10 was the dress rehearsal for humanity's first Moon landing. It successfully demonstrated all major objectives of the upcoming Apollo 11 mission except the landing and moonwalk itself. Expanding on tests conducted in Earth orbit for Apollo 9, astronauts brought a fully functional lunar module to the Moon and flew it within 16 kilometers of the surface, photographing candidate landing sites in Mare Tranquillitatis. 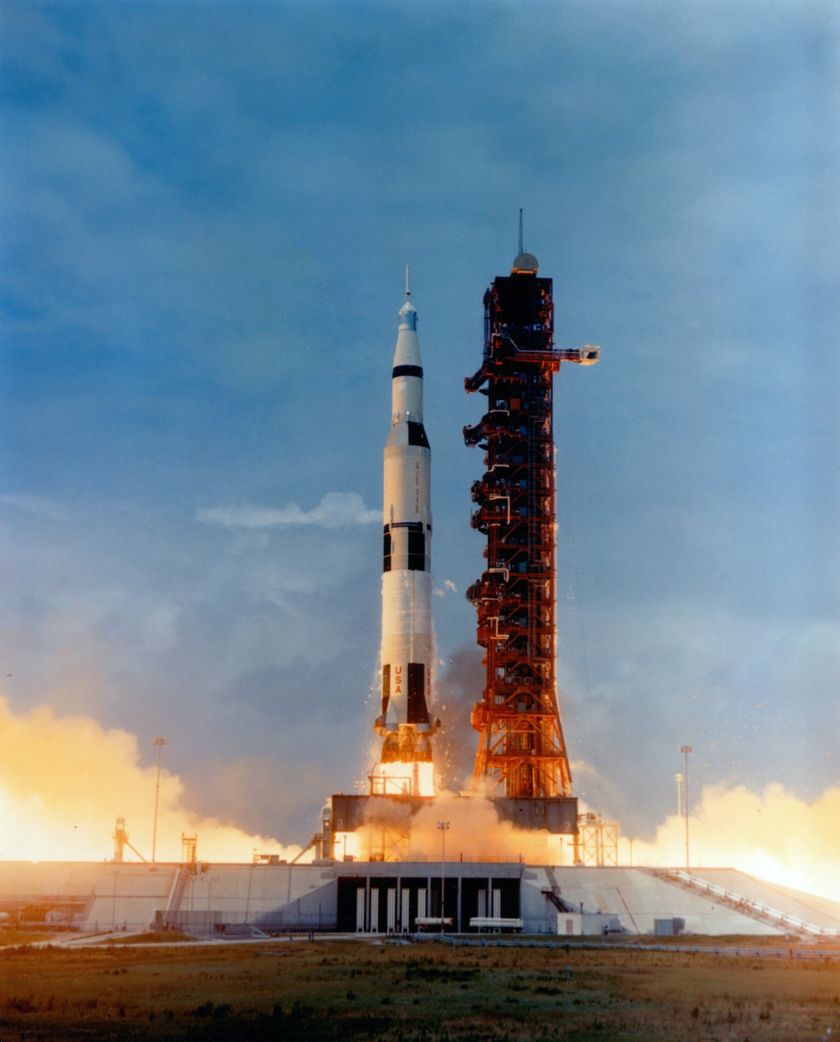 The mission began on 18 May 1969 with the first and only Saturn V launch from Kennedy Space Center's pad 39B, as preparations were already underway at pad 39A to launch Apollo 11 in 2 months. Astronauts Thomas Stafford, John Young and Gene Cernan arrived safely in Earth orbit, re-lit their Saturn V upper stage booster, and blasted away from Earth towards the Moon. They arrived in orbit on 21 May. 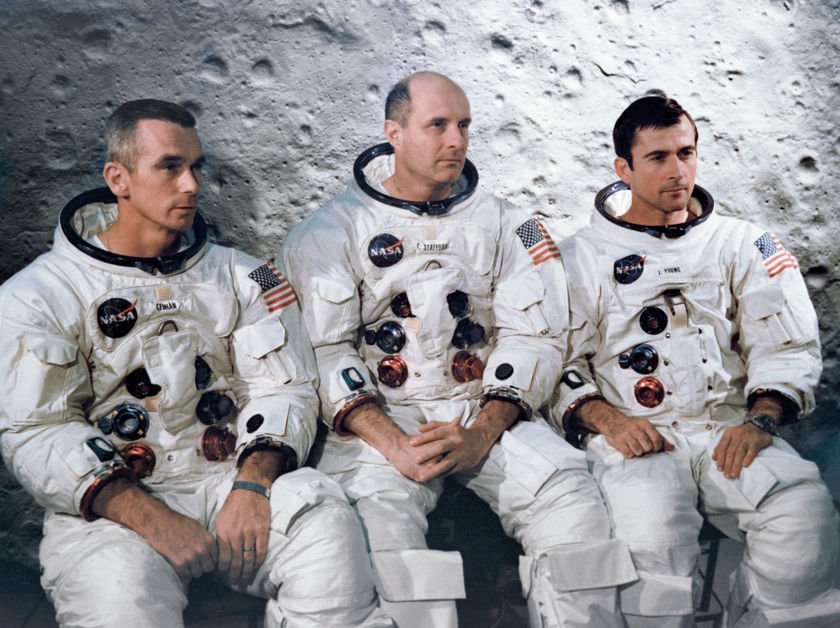 A day later, Stafford and Cernan boarded the lunar module and undocked, leaving Young alone in the command module. The lunar module descent stage engine fired for 27 seconds, dropping Stafford and Cernan into an orbit of 15.6 by 113.5 kilometers above the Moon. Approaching the surface, they tested their spacecraft's landing radar, which would be critical for the Apollo 11 landing. They jettisoned the descent module, fired the ascent module engine, and rejoined Young and the command module in a higher orbit, simulating a return from the lunar surface. 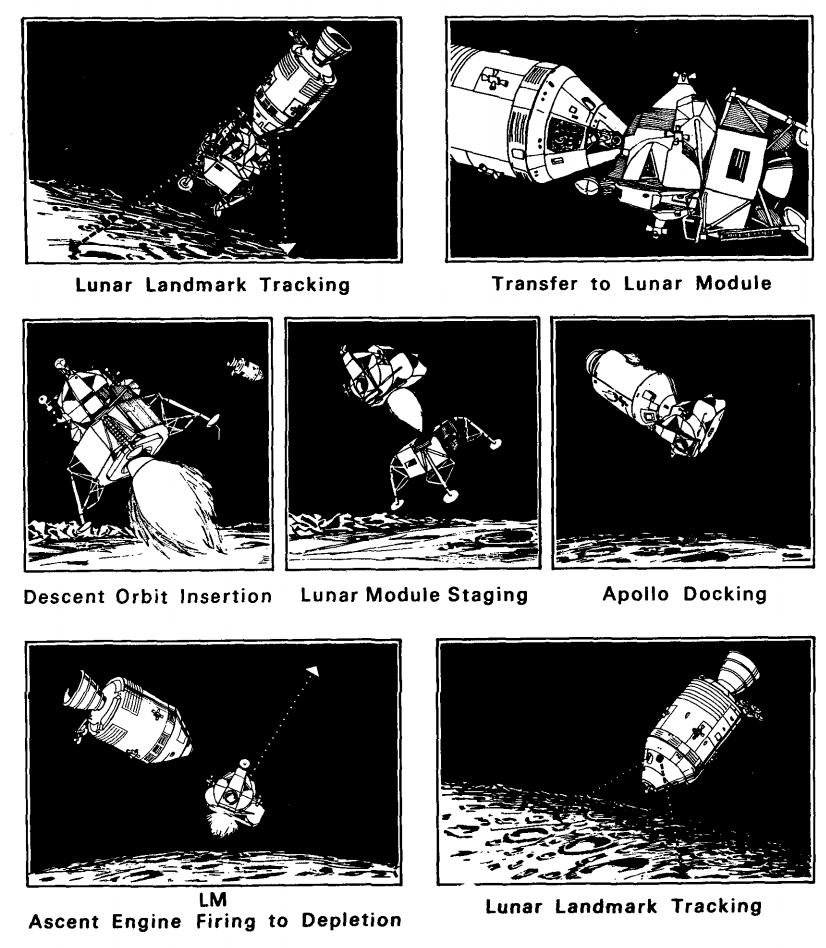 These diagrams from the original Apollo 10 press kit show how Thomas Stafford and Gene Cernan flew the lunar module to within 16 kilometers of the surface before rejoining John Young in the command module.

Historians and space enthusiasts have since debated whether Stafford and Cernan could have bucked NASA protocol and flown the final 15.6 kilometers to land on the Moon. Cernan later said that the ascent module was under-fueled to discourage the crew; NASA was also still optimizing the lunar module engines and testing the computer-assisted landing system back on Earth. In any case, the crew was not carrying equipment for a moonwalk. 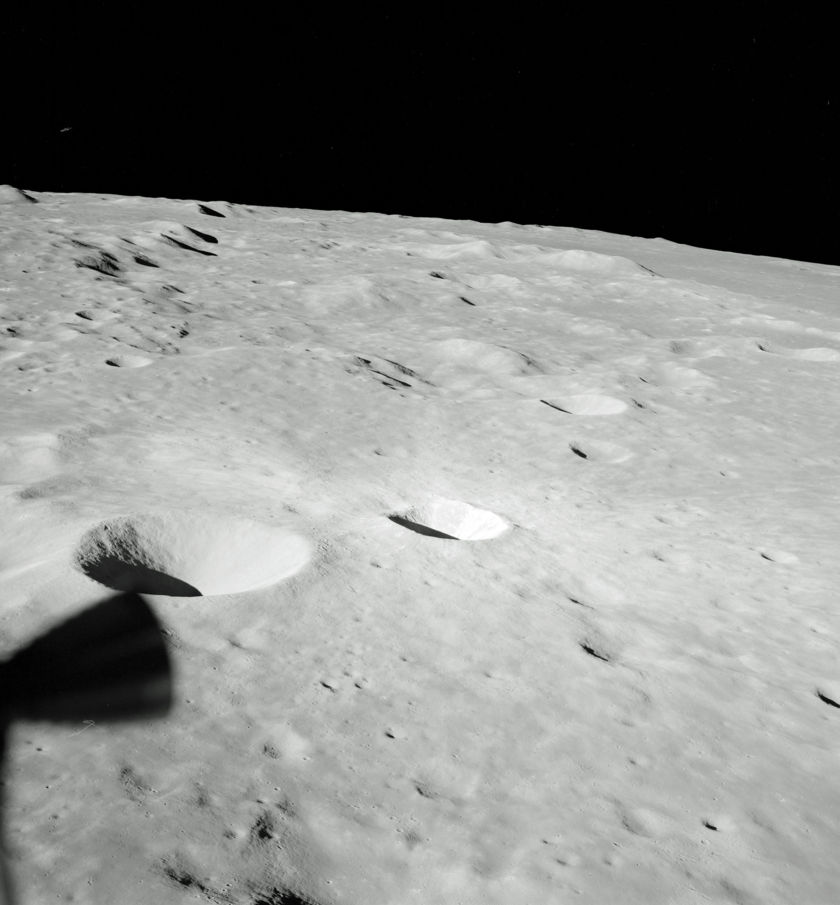 Apollo 10 low over the lunar surface

This view of the Moon's surface was taken from the Apollo 10 lunar module during a test descent to within 16 kilometers of the surface. An attitude control thruster can be seen in the foreground.

The three astronauts spent the rest of their time in orbit tracking lunar landmarks and imaging the surface. They fired their service module engine to return home on 24 May and splashed down in the Pacific Ocean on 26 May, where they were retrieved by the USS Princeton.

Throughout the mission, the crew conducted several live color TV broadcasts, giving the world an in-depth look at conditions inside an Apollo spacecraft. Apollo 10 was also memorable due to the crew choosing the call signs Snoopy and Charlie Brown for the lunar module and command module, respectively, which led to their adoption as unofficial NASA mascots. To this day, NASA offers the Silver Snoopy award for employees and contractors who make outstanding contributions to mission safety.

NASA estimated the following direct costs for Apollo 10. Full costs of the Apollo program can be found on the "How Much Did the Apollo Program Cost?" page.

"They are down there among the rocks, mumbling about the boulders and things right now." 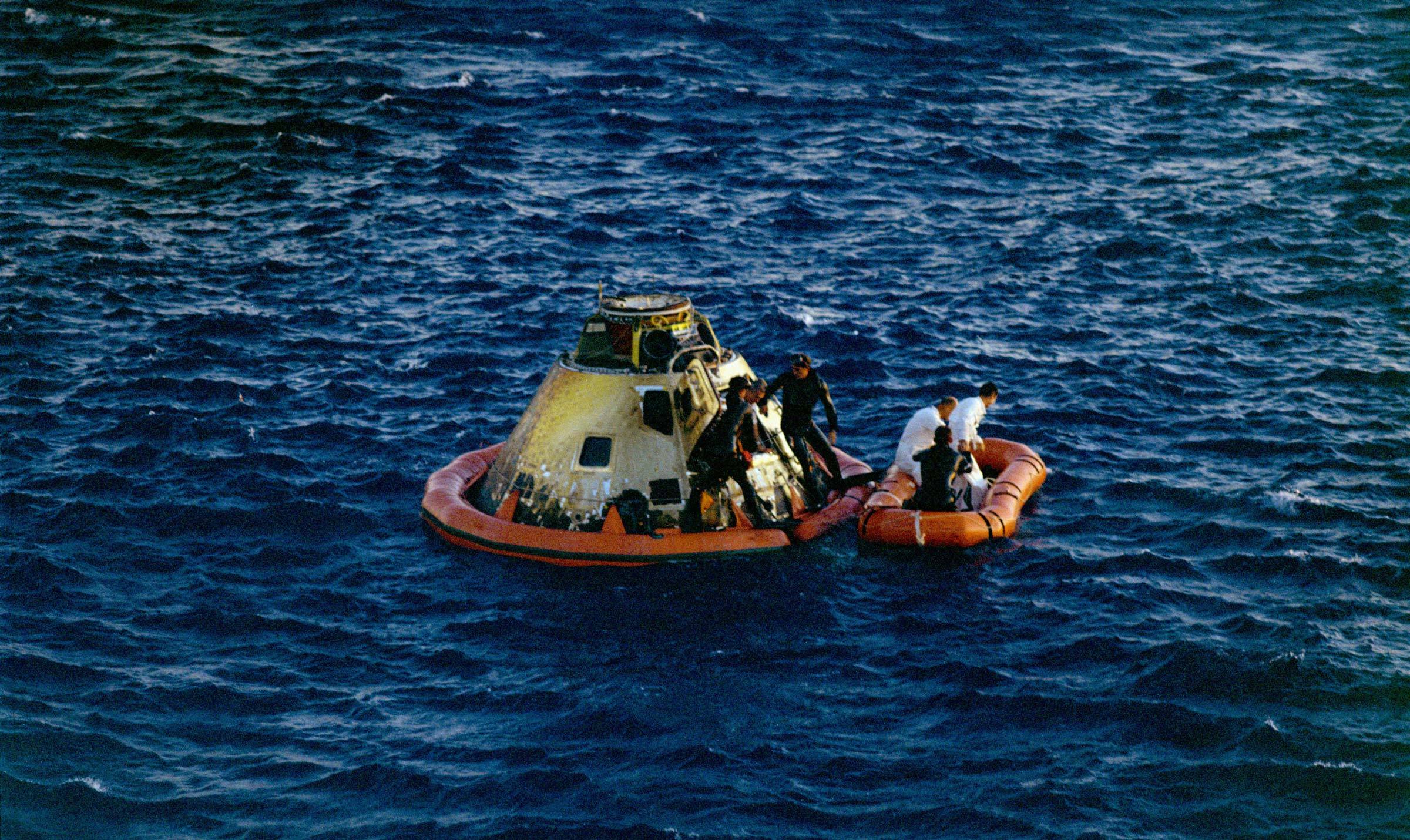