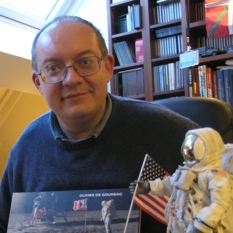 Olivier de Goursac became a real "Martian" in the early '80s after having served at JPL as a trainee at the Jet Propulsion Laboratory (the NASA space center in charge of planetary missions) in the Viking Mission team. In 1991, the discoverers of the Titanic asked him to use his imaging experience to map with great precision the Titanic wreck site from all videos taken 4000 meters deep. His precise model is still on show at the French National Sea Museum at Boulogne-sur-Mer.

Between 1993 and 1998, Olivier was JPL's Mars Outreach Correspondant in France for the Mars Pathfinder mission. He organized all media and public events in France for the promotion of the Pathfinder landing on Mars and its results. Since 1999, he is the Outreach Manager in France for Mars exploration automatic missions for the French chapter of the US Mars Society.

From 2004 to 2007, he produced a lot of hi-res panoramic pictures from the Apollo Moon missions that were shown by US astronauts for the promotion of the US Constellation program. He is a Charter Member of the Planetary Society. He has co-organized in France public events showing the landings, images and results of the Spirit, Opportunity & Curiosity Mars rovers. He is widowed and father of 5 children. 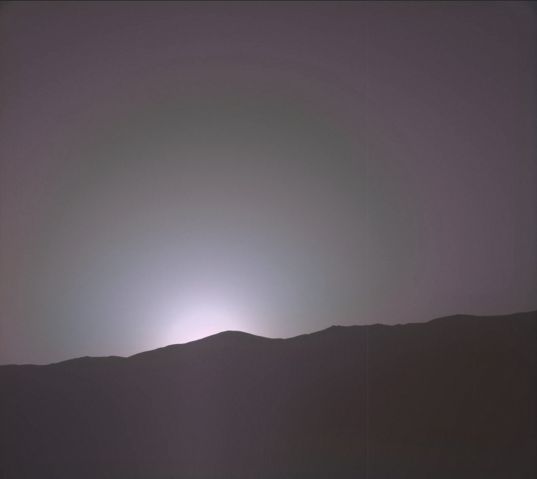 Studying the setting Sun allows atmospheric scientists to gauge the quantity of dust and aerosols in the atmosphere, but it also makes for pretty and poignant photos.

The photo of Earth taken by Curiosity on sol 529 is here combined with a foreground image of the rocky terrain, reduced in luminosity to match the darkened sky, an artistic take on an inspiring observation. 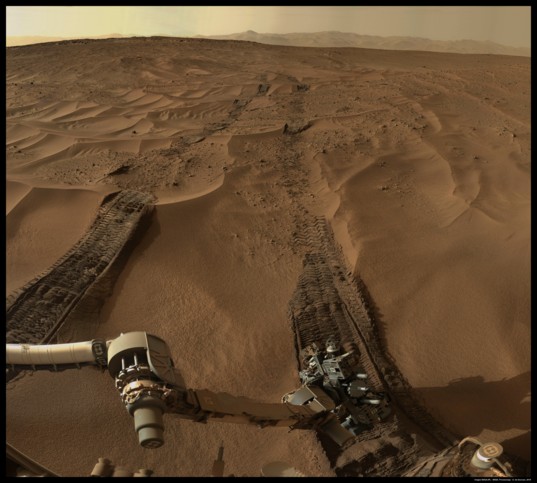 Curiosity in the sands near Sourdough, sol 673

This mosaic is part of a left Mastcam panorama taken on sol 673 (June 28, 2014). The arm is being used to investigate a target named "Sourdough," which is sand in which Curiosity's wheels slipped, halting the sol 672 drive.