"It's been a long and winding road, but Slava Turyshev and his colleagues have just explained the anomaly causing the unexpected slowing of the Pioneer 10 and 11 spacecraft. It's due to anisotropic thermal radiation, that is, when the spacecraft emits more heat in one direction than the other."

Choose an image to display

Something strange was happening in the outer reaches of our solar system. The Pioneer 10 and 11 spacecraft were not where they were supposed to be. These missions, launched in 1972 and 1973, have covered hundreds of millions of kilometers, heading toward the edge of our solar system. But something was holding them back. Each year, they fell behind in their projected travel by about 5,000 kilometers (3,000 miles).

Jet Propulsion Laboratory scientist John Anderson and his colleagues began searching for an explanation in 1980. But until now, they had found nothing conclusive; no spacecraft behavior or previously unknown property of the outer solar system could explain the deceleration of the Pioneer spacecraft. Scientists began to consider the unthinkable: something may be wrong with our understanding of the laws of physics. An important line of inquiry began to study mounds of Doppler (velocity) data and spacecraft status data (like temperatures) that have been unavailable to researchers—until The Planetary Society stepped in.

The Planetary Society, using support from its members, sponsored the recovery of Doppler and spacecraft status data, as well as analysis of that data. NASA was not ready to allocate resources to recover the Pioneer data, or sponsor its analysis. Anderson and his colleague Slava Turyshev, contacted The Planetary Society for help, requesting funds to support the use of the antiquated computers to read out the pre-1987 Pioneer tapes and convert them to a format useable by researchers. And, they sought funding to seek additional sources of Pioneer data, and to support analyses of the data. The Planetary Society sent an appeal to members to help save the data from destruction and then support the complex analyses necessary to solve the mystery. Our members and supporters responded with unprecedented enthusiasm.

The data was successfully recovered and saved!

Over the course of the past two decades, all sorts of solutions have been proposed, some of which invoked exotic "new" physics. In the end, recovery of more data and years of painstaking work have shown that no such exotic solution is necessary, but rather that anisotropic (big word for not-symmetric-in-all-directions) thermal radiation (big words for heat) can explain the mystery. This solution had already been suggested, and examination of the problem over time had made it seem increasingly likely, but only careful analyses could check whether anisitropic radiation could explain the anomaly. The latest piece of this analysis appears in a scientific article by Slava Turyshev and colleagues.

"We recovered more data than we dared dream possible. Without the rescue of the Doppler data, we would have been blind, never able to claim the quantitative data we need to solve the anomaly. The recovery of Doppler and telemetry data and the entire effort in thermal analysis would not have happened without the Planetary Society." 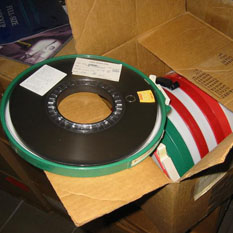 With the latest piece of the puzzle just published in a scientific journal, a solar system mystery that has perplexed people for more than 20 years has been solved, truly thanks to the support of Planetary Society members.