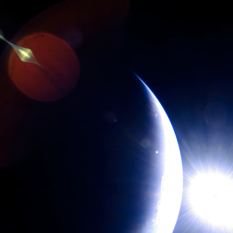 Here are the First Pictures of Earth from LightSail 2

Would you like to see the latest data from The Planetary Society's LightSail 2 spacecraft—possibly before flight controllers have even seen it? Now you can!

The mission team is working through a 73-step checklist to check out the spacecraft’s systems and perform various tests.