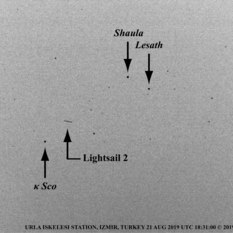 LightSail 2's orbital high point around the Earth has raised by 7.2 kilometers, without any conventional fuel. 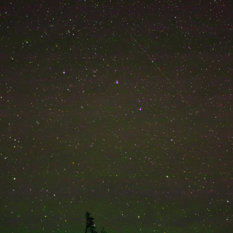 How to See LightSail 2 in the Night Sky

If your latitude is within 42 degrees of the equator, there's a chance you may be able to spot LightSail 2's reflective solar sail. 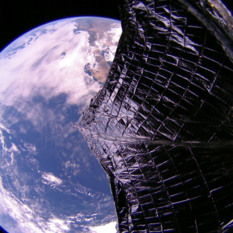 The high point of the spacecraft's orbit around the Earth on Monday was 729 kilometers, an increase of 3.2 kilometers since sail deployment.