Flight by Light for CubeSats

LightSail® is a crowdfunded solar sail project from The Planetary Society. Our LightSail 2 spacecraft, launched 25 June 2019, is the first spacecraft in Earth orbit propelled solely by sunlight. On 31 July 2019, we announced we had officially raised LightSail 2’s orbit by a measurable amount, showing that solar sailing is a viable means of propulsion for CubeSats—small, standardized spacecraft that are part of a global effort to lower the cost of space exploration.

The Planetary Society has championed solar sailing for decades. In 2005 we launched the world’s first solar sailing spacecraft, Cosmos 1, which was lost due to a rocket failure. Ten years later in 2015, our LightSail 1 spacecraft successfully completed a test flight. LightSail 2 launched on 25 June 2019 and deployed its solar sail on 23 July 2019.

See the latest data from The Planetary Society's LightSail 2 spacecraft, and find out when it will be passing over your location.

The Planetary Society collected names, selfies, and other messages to ride aboard our LightSail 2 spacecraft, which launched in 2019. Search for your participation certificate here. 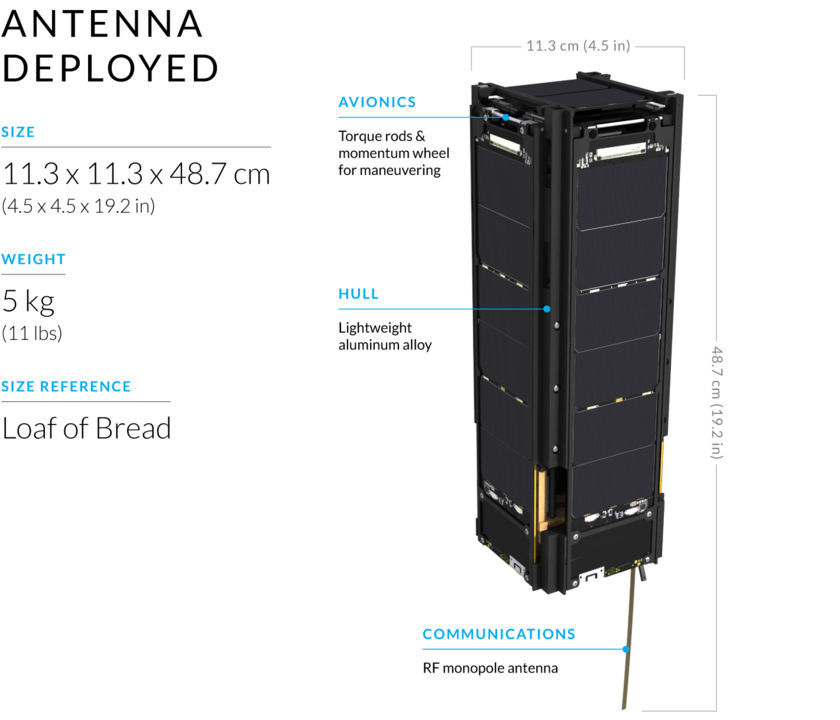 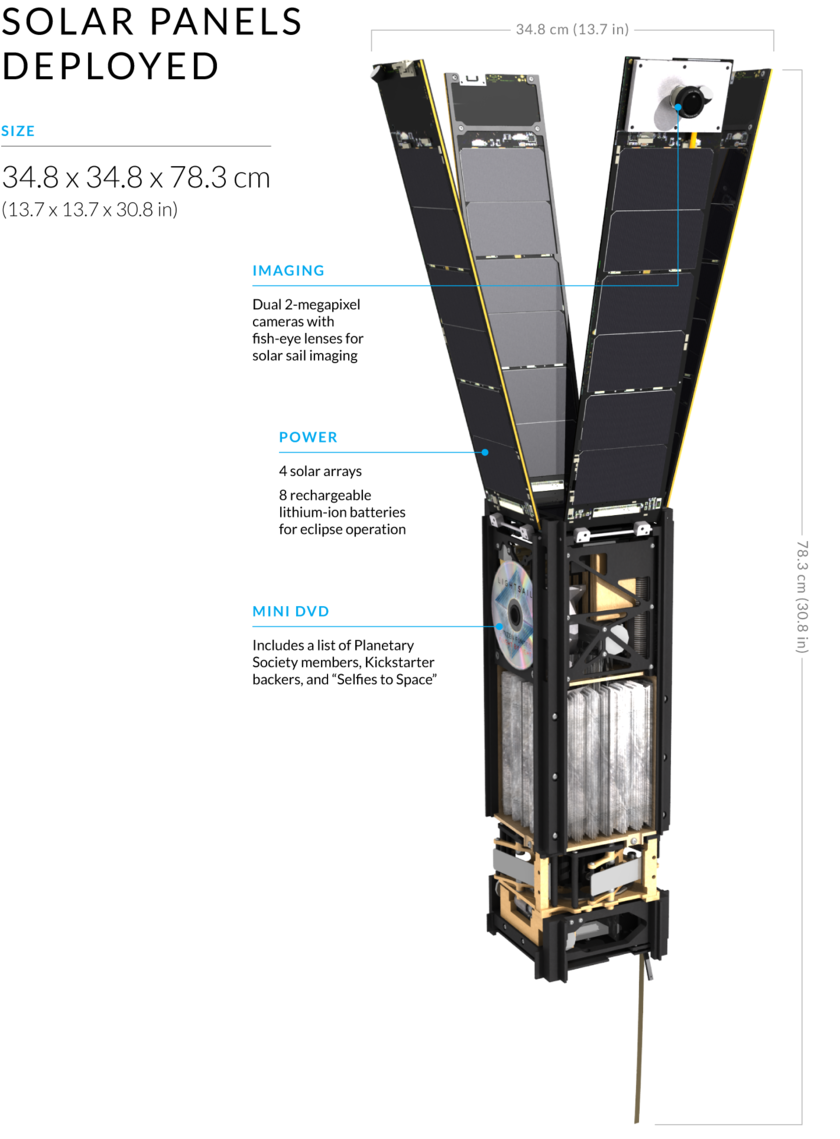 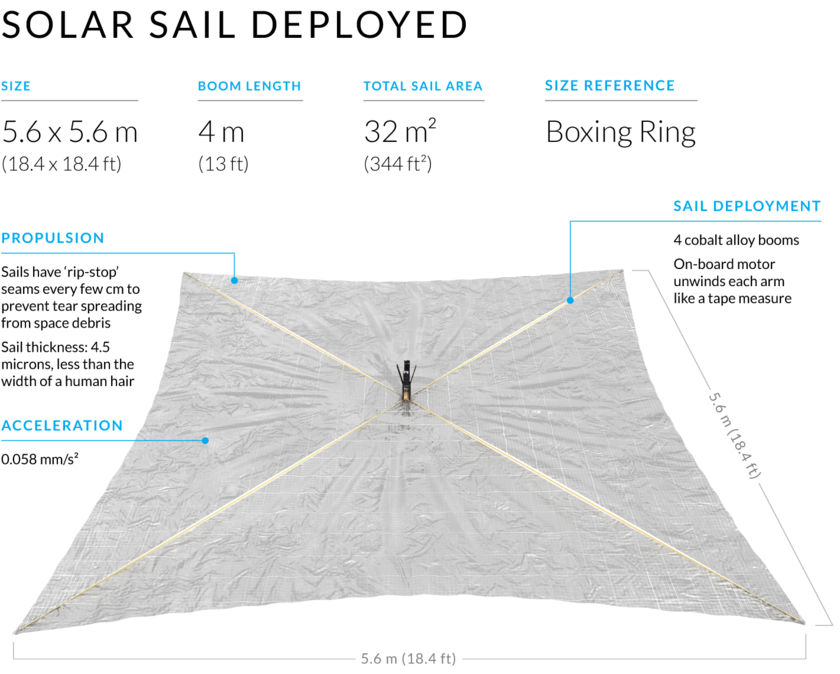 For launch, LightSail 2 was enclosed within Prox-1, a Georgia Tech student-built spacecraft the size of a large suitcase that was selected to fly as part of the Air Force’s University Nanosat Program. Both spacecraft were attached to the upper stage of SpaceX's Falcon Heavy rocket, which launched 24 spacecraft to orbit for the U.S. Air Force’s Space Test Program 2 (STP-2) mission. Prox-1 and LightSail 2 were delivered into a circular, 720-kilometer orbit with an inclination of 24 degrees.

Seven days after launch, Prox-1 ejected LightSail 2. After a checkout period of a few days, LightSail 2 opened its hinged solar arrays. On 23 July 2019, it deployed its 32-square-meter solar sails.

LightSail 2 is now swinging its solar sail into and away from the Sun's rays as it circles the Earth, giving the spacecraft enough thrust to raise its orbit. This portion of the mission will last 1 month.

LightSail 2's attitude control system does not have the precision to maintain a circular orbit and continuously fly the spacecraft higher. Therefore, as one side of LightSail 2’s orbit rises, the other side will dip lower, until atmospheric drag overcomes the forces of solar sailing, ending the primary mission. The spacecraft will remain in orbit roughly a year before entering the atmosphere and burning up.

Light is made of packets of energy called photons. While photons have no mass, they have momentum. Solar sails capture this momentum with sheets of large, reflective material such as Mylar. As photons bounce off the sail, most of their momentum is transferred, speeding up the sail in the direction opposite the bouncing light.

Unlike chemical rockets that provide short, powerful bursts of thrust, solar sails provide continuous, slight thrust and can reach higher speeds over time. Sunlight is free and unlimited, whereas rocket propellant must be carried into orbit and be stored onboard a spacecraft.

What is Solar Sailing?

A solar sail, simply put, is a spacecraft propelled by sunlight. Whereas conventional rockets are propelled by the combustion of rocket fuel, a solar sail is pushed forward by light from the Sun.

LightSail 2 may be visible to the naked eye for some observers at dusk and dawn. The Planetary Society's mission control dashboard shows upcoming passes based on user location, and includes a link to a page that highlights passes when the sail is more likely to be visible.

See the latest data from The Planetary Society's LightSail 2 spacecraft, and find out when it will be passing over your location.

The spacecraft has an orbital inclination of 24 degrees, which will keep it much closer to the equator than LightSail 1. We estimate this will restrict viewing to latitudes within 42 degrees of the equator. You can see a location’s latitude and longitude in Google Maps by right-clicking the map and selecting “What’s Here?” The first number in the resulting information box is your latitude, and must be between 42 and -42 to see LightSail 2.

Every 45 seconds, the spacecraft transmits its call sign, WM9XPA, in morse code:

You can download audio files of the morse code beacon below, and even use them as a ringtone for your phone!

Japan’s IKAROS spacecraft, launched to interplanetary space with Venus-bound Akatsuki in 2010, was the first and only spacecraft to have demonstrated controlled solar sailing as a sole method of propulsion.

LightSail 2, which began development in 2009, will demonstrate the technology for CubeSats. CubeSats have revolutionized the space industry thanks to low-cost technology miniaturization, but often lack a means of propulsion. Weighing 60 times less than IKAROS but sporting a sail just 6 times smaller, LightSail 2 will demonstrate that CubeSats can carry solar sails with enough punch for orbital maneuvers, and still have room for science instruments.

We currently don't have plans for a follow-on mission, but The Planetary Society is already helping advance solar sail technology through a Space Act Agreement with NASA. The agency is launching a CubeSat called NEA Scout on the first flight of the Space Launch System to lunar orbit. NEA Scout will use its solar sail to leave the Moon and visit a near-Earth asteroid. NASA is also studying a mission called Solar Cruiser that would survey the Sun from a difficult-to-access polar orbit, using a 1,670-square-meter solar sail for propulsion.

Solar sails are also one of the only known methods that could someday be used to travel to the stars. In 2016, the group Breakthrough Initiatives announced an initiative to send a fleet of laser-powered solar sails to our nearest star, Alpha Centauri. 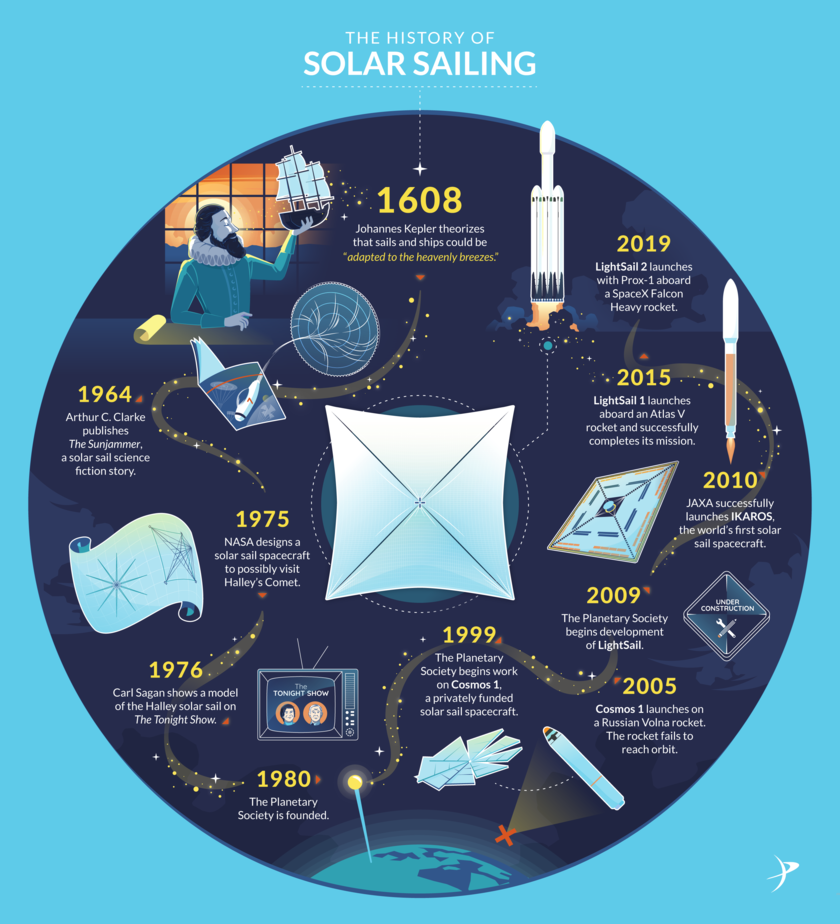 The History of Solar Sailing

The story of LightSail spans five decades and includes Halley’s Comet, a failed rocket launch from a Russian submarine, and the quest to apply solar sailing to CubeSats. 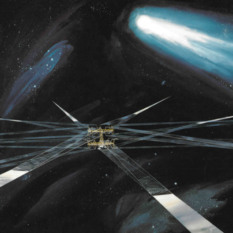 The Story of LightSail, Part 1

The first installment of our three-part LightSail history series looks back at the origins of solar sailing and a NASA project to send a giant solar sail to Halley's Comet. 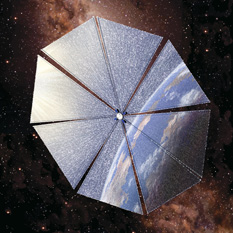 The Story of LightSail, Part 2

The second entry in our three-part LightSail history series remembers Cosmos 1, The Planetary Society's first solar sail that launched in 2005 aboard an ill-fated Russian rocket. 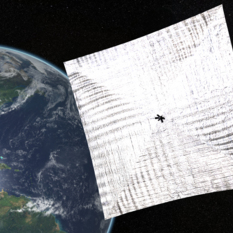 The Story of LightSail, Part 3

The final chapter of our three-part LightSail history series details how the loss of Cosmos 1 gives rise to the dream of solar sailing for CubeSats.

The LightSail project cost is $7 million from 2009 through March 2019. Funding was provided by Planetary Society members, private citizens, foundations, and corporate partners. A Kickstarter campaign raised $1.24 million in 2015, while two Omaze fundraisers in 2017 and 2018 generated more than $220,000.

Support the LightSail mission and become a Society member today!