LIFE, the Living Interplanetary Flight Experiment, was a Planetary Society project to investigate the transpermia hypothesis, the idea that a living organism might survive a journey through space to Earth inside a meteorite.

LIFE was a small, flat cylinder about the size of a hockey puck containing a collection of microbes carefully selected and sealed before launch. In essence, it was a simulated space rock meant to be flown into deep space and back, subject to the same extreme conditions as a Martian meteoroid traveling to Earth. 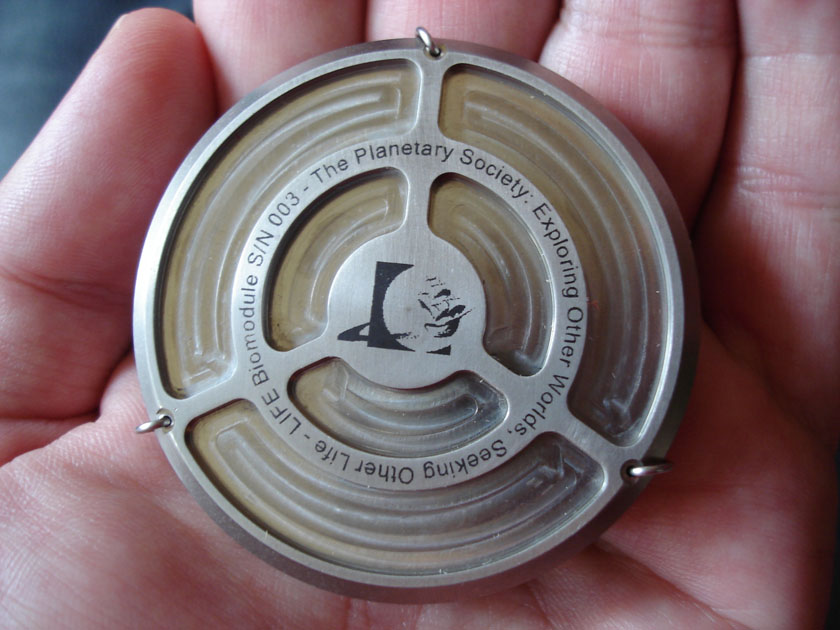 The LIFE biomodule, containing ten organism samples, is part of the Phobos Sample Return Mission. It is 56 millimeters in diameter, 18 millimeters in thickness, and weighs only 88 grams.

LIFE first flew into space aboard Space Shuttle Endeavour during the shuttle's STS-134 mission in 2011. Shuttle LIFE tested the effects of low-Earth orbit spaceflight on 5 diverse species of microorganisms packed in tiny, heat-sealed, Delrin plastic sample tubes. Once the microbes were tested on Earth, they were meant to provide a baseline comparison and dress rehearsal for the next phase of the flight: Phobos LIFE. 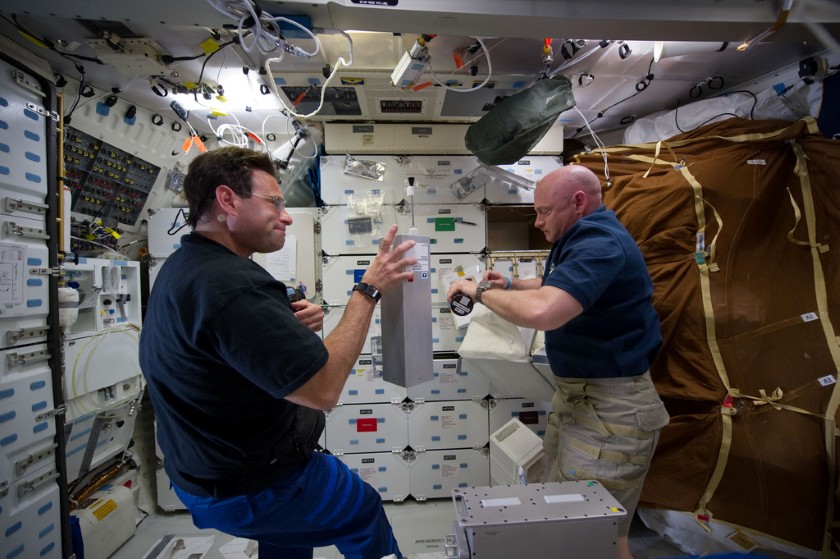 For Phobos LIFE, The Planetary Society's LIFE biomodule was loaded aboard Phobos-Grunt, a Russian spacecraft on a 3-year mission to sample Mars' moon Phobos. Phobos-Grunt launched in 2012,

In January 2012, the LIFE biomodule was launched aboard Russia’s Phobos Sample Return mission. The spacecraft reached Earth orbit, but its thrusters failed to fire, leaving it unable to depart for Mars. The spacecraft eventually reentered Earth's atmosphere and was destroyed, along with Phobos LIFE.