Fiber-optic spectrograph technology that helps the hunt for other worlds

In 2009, The Planetary Society helped a group of exoplanet hunters improve the way we search for other worlds.

Telescope spectrographs can detect the tiny wobbles of other stars, which indicate the presence of unseen planets. Wobbles created by Jupiter-like planets have speeds of several meters per second, but Earth-like planets might only shift their star by 10 centimeters per second.

It’s a tall order for spectrographs to look at stars thousands of light years away and detect motions slower than the pace of a person walking down the street. High-resolution spectrographs have lowered the exoplanet detection threshold to about a meter per second. But these instruments come with big price tags.

At Yale University, Drs. Debra Fischer and Julien Spronck, along with Dr. Geoff Marcy of the University of California, Berkeley, set out to improve existing spectrograph technologies. Spurred by a $45,000 grant from The Planetary Society, the team built FINDS (Fiber-optic Improved Next generation Doppler Search) Exo-Earths, a spectrograph add-on device.

A telescope collects starlight and focuses it on a lens that leads to a spectrometer. The light must be precisely focused at the center of the lens to obtain consistent, accurate measurements. This means a sudden gust of wind at the observatory or a vibration in the telescope’s guidance system can jiggle the starlight, causing data errors. One way to alleviate these errors is by sending the starlight through a fiber-optic cable. Fiber-optic cables have cores made of glass or plastic. Light entering the cable scatters, emerging into the spectrograph as an even cone. As a result, small telesccope variations won't have such a negative effect on the data. The tradeoff is that some of the starlight will be absorbed by the cable's insulation, but the net result should still be an improvement in resolution. 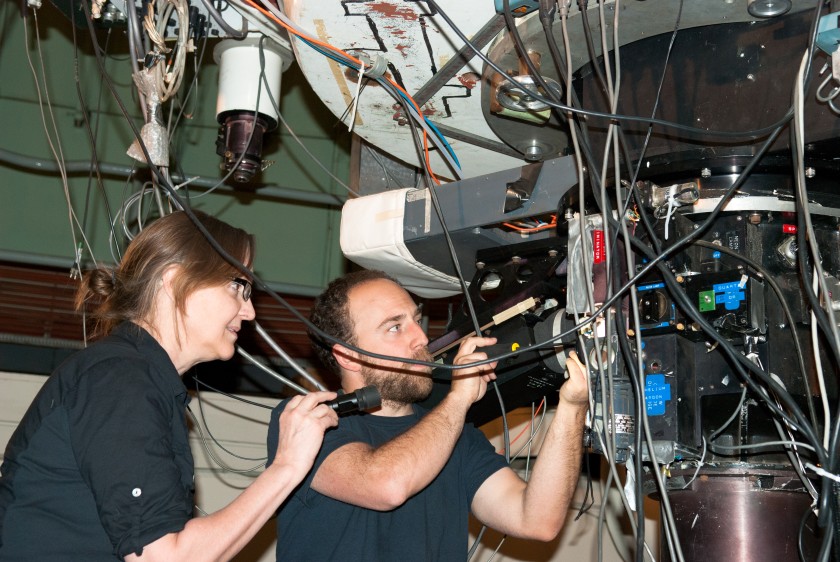 The FINDS prototype was a 2-by-1 foot box containing the fiber-optic cable and a system of mirrors and lenses. It was installed on the 3-meter telescope at Lick Observatory near San Jose, California, and saw first light in July 2009. The FINDS team, led by Fischer, measured stars with well-known wobble rates to check the system's performance. The results were promising: FINDS had reduced data errors by 30 percent, with a light loss of just 20 percent.

Fischer and Spronck built another version of FINDS for one of the 10-meter Keck Observatory telescopes in Hawaii. The telescope's design could not accomodate the original 2-by-1 foot box, so Spronck built a tiny 3-by-1 inch version of the technology, which was called Matchbox FINDS.

FINDS showed that fiber-optic systems are an effective way to increase the spectral resolution of telescope spectrographs. Similar systems have been used by exoplanet hunters around the world. As for Fischer’s team, they next took the technology to the Southern Hemisphere to search for exoplanets around our nearest stellar neighbor, Alpha Centauri. 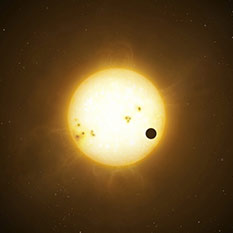 Amir Alexander explains more about the FINDS Exo-Earths project and how it will help planet hunters detect distant Earths in the depths of space.

The prototype that Julien constructed in the lab was taken to Lick Observatory, and we had our first-light run with the fiber in July.

If you or I ingest arsenic, well...it doesn't go so well. If you are, on the other hand, a certain species of bacterium from Mono Lake, California, ingesting this seemingly toxic metal is simple enough.