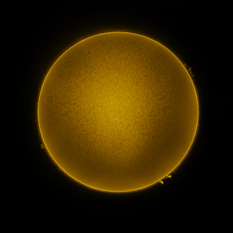 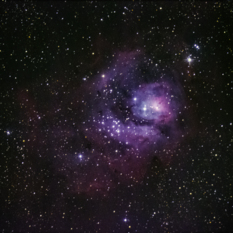 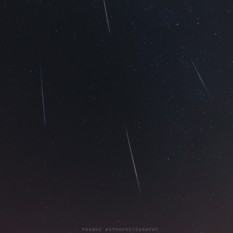 I was born in 1950, before computers, before satellited, and before the Moon landing. The science fiction magazines left around my home had wonderful pictures of other worlds. My imagination took flight. It landed on the covers of Scientific American and I discovered that other worlds DO exist: Mars is real, so is Jupiter, Saturn, Venus. And they are very different from fiction. I finagled a small telescope and took out every book I could from the library. My world expanded lightyears beyond any classroom. The deal was clinched when I first saw the Pleiades rising. Such beauty! I am ... more »

I began watching television shows like Through The Wormhole, and was fascinated by our studies of black holes and what happens to matter and light when it reaches and crosses the event horizon. After Through the Wormhole, I began my quest to quench my thirst for knowledge. After discovering Neil DeGrasse Tyson's Cosmos, I went back to watch the originals and began my study of Carl Sagan's work. Since then, I simply can't get enough.

Just over a year later, I am taking classes on black holes from UCLA, I am the proud owner of a ... more »

This is Our Home, but will it be Our Only Home?

My love and fascination with space began with a children's book, The Golden Book of Astronomy: A Child's Introduction to the Wonders of Space, which I received around age 6 or 7. What I remember most is the feeling of the impact of the images, not only of the planets and moons, but also of the ancient peoples who revered the myths they built around the little points of light in the sky. I wanted to know more about what was really "out there".

While I have never become an astronomer, an astronaut, or even worked with a company involved in ... more »