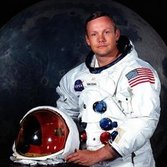 Planetary Society - So Sorry for your loss!

by Richard A. Patton

Thanks to Bruce and Carl Sagan, I found myself involved in the aero space industry. Carl's ground breaking series "COSMOS" and the Planetary has inspired 10's of thousand of folks like me to embrace space exploration. I have been a member of the Planetary Society since its inception and I continue to do so today. Bruce and Carl were my heroes as a young man and I honor and respect them both to this day. MY kids are constantly complaining about my use of quotes from COSMOS in daily conversation. I had ... more »

TPS - in the beginning

I was honored to join The Planetary Society when I first heard word of it. At the time, I lived in S. California and jumped at the chance to become a part of such a visionary organization. Bruce, Louis and Carl were the not only the founders, but major contributors to the very existance and progress of TPS. We cheered together when we saw movement forward in the space quest and rallied to work together when we saw circumstances falling behind. While I never met Bruce, personally, I followed the increasing presence of TPS, viewing his comments ... more »

The embodiment of PB and J

One of the greats of our time, Bruce truly was the embodiment of the Passion Beauty and Joy that the Planetary Society stands for. He will be greatly missed. ... more »

Sorry for your loss

Though I never had the pleasure of meeting this great man I will wish my prayers are with the family and the planetary society as it has seems u have lost a great man! Please rest in peace! ... more »

Though I never had a chance to meet Dr. Murray, I had the distinct honor of seeing Dr. Sagan deliver addresses to the public on two occasions. I feel the best way to honor these co-founders of TPS is to continue to advocate for, indeed fight for, our original goal: the peaceful exploration of space to the benefit of humankind. GREG LAXER Member, NMC ... more »

This is sad news indeed, though on the other hand, we should celebrate his achievements and be glad to have benefited from his remarkable work. In the early 1960s I started learning about the solar system through books, and it was some years before pictures were coming back from space probes that were actually travelling to these distant worlds. I still recall the excitement of learning that we were actually planning to send spacecraft to Jupiter and Saturn, to be followed years later again by seeing the incredible images from Pioneers 10 and 11. One specific memory is due to a direct action ... more »

Thank you so much for the foresight to help found the Planetary Society! Space exploration would never be the same without your help and guidance. Ad astra per aspera... Sincerely, Glenn Whiteside ... more »

A legacy that unites

The Planetary Society as many of us know is more than a society. It is a community that unites us in a common, worthwhile and peaceful purpose to further the course of space exploration. The foundation of our community will remain forever as a legacy created by Bruce Murray and his most eminent co-founders. ... more »

Mr.Murray can join Carl Sagan among the stars. He made the earth and the rest of the universe better. ... more »