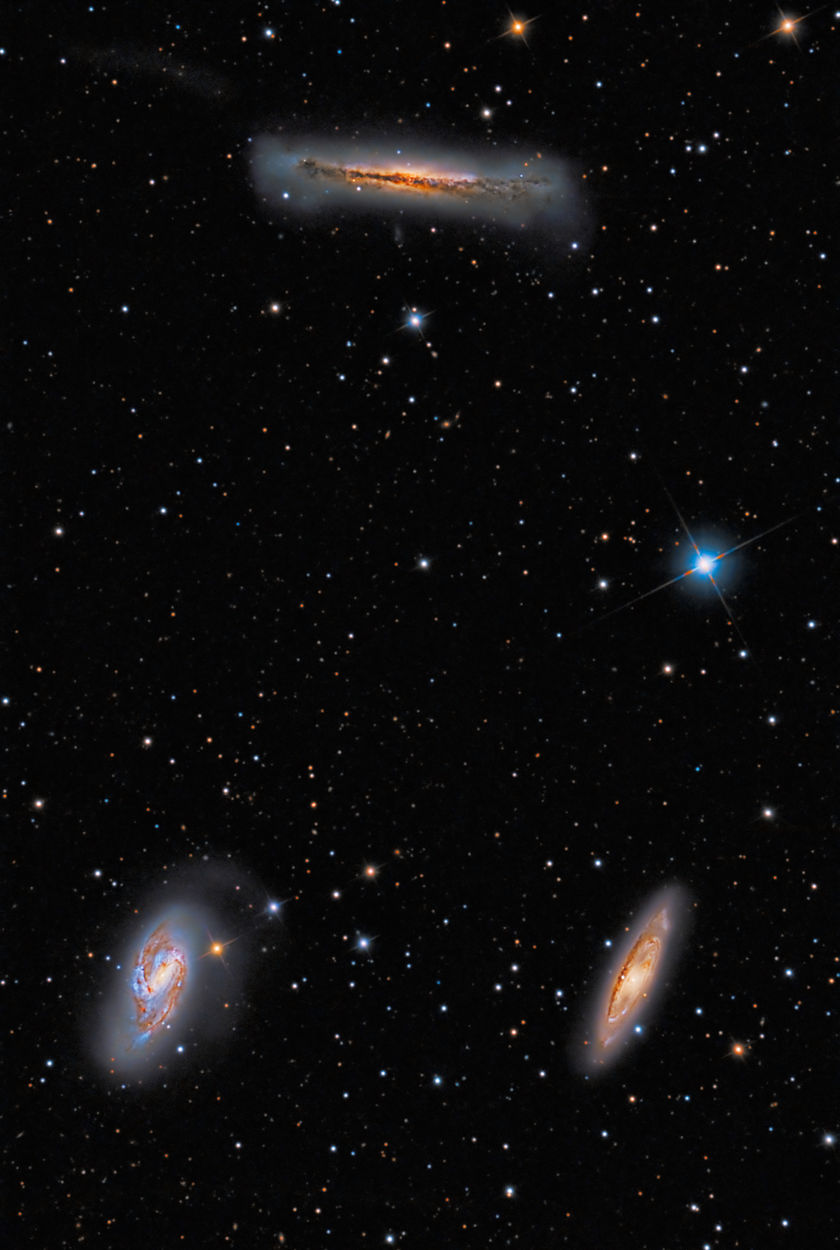 I did something very exciting recently. I arranged to launch the original manuscript of my new young adult science fiction space novel, The Orb, the Link & the Library, into outer space. I did this with the help of one of our extraordinary commercial spaceflight service companies and then had it returned to Earth for publication (publishing on August 8, 2018). The thrill in doing this was so my young adult readers, as they hold a book whose original manuscript actually flew into space, might better experience the excitement of going there when they become absorbed by the story that takes its characters to a distant galaxy - a galaxy millions of light years from Earth known as M65 in the Leo Triplet where the alien race of the story originated.

As I look back at my own experiences in reading science fiction as a young adult, it was perhaps this, more than anything else, that led to my becoming a scientist and explorer of the universe around us. I began this journey tinkering, building a telescope, a six-foot Tesla coil (much to the chagrin of our neighbors), a cloud chamber, Heathkits for amateur radio equipment, computers and robots. I ended up working in the space program supporting NASA and the Air Force back in the days of Skylab, our first space station.

I’ve done a lot of really exciting things in my career, but five really stick out in my life – marrying my wife, jumping out of an airplane at 5000’, experiencing 13g’s of acceleration from an aircraft ejection seat, observing a live open-heart triple-bypass surgery, and launching the original manuscript of my book into outer space. Watching the launch of my book and its trip into space gave me the same thrill I felt when I finished grinding, polishing and surfacing the 6” telescope mirror for my first home-grown telescope when I was 15. Looking at the rings of Saturn for the first time with a telescope I had built from scratch was extraordinary. It reminded me of Galileo who used one of the early telescopes to look at the craters on the moon, the moons of Jupiter and the very same rings of Saturn that I had looked at as I moved to the eyepiece of my hand made telescope. And, now I have sent a book I wrote into outer space toward the place I had looked. Wow.

The pursuit of space is so much more than an adventure though. It is like the expeditions of Christopher Columbus, Sir Edmund Hillary, Lewis & Clark, Carl Sagan and Allen Shepard – each discovering something amazing in the world around them and each bringing new knowledge and understanding to our world and our species. The story I wrote (under the pseudonym D. M. Rosewood), The Orb, the Link & the Library, has as much to say about Earth as it does about the universe. For, it was on Earth where my young female sixteen-year-old protagonist, first discovered the artifact left by an alien race - a discovery that changed her world and all of humankind and then led her into outer space in pursuit of the Visitors, the alien race she tries to understand.

Which leads me to my final question and a challenge I would leave with my fellow Planetary Society members. Where are our young women who dream about space, about its place in our lives, its influence on who we are and where we are going? We need them to bring their thoughts, their creativity, their dreams and their aspirations to our world and to become our future explorers of space and to join the likes of Gertrude Bell, the famous archaeologist; Amelia Earhart; Valentina Tereshkova, the first woman cosmonaut; our own Sally Ride and Mae Jemison; or Peggy Whitson, who spent more time in space than any other American. And in so doing, become one of those like my protagonist, Anna, who shapes the future of her world.

The challenge for my fellow members of the Planetary Society is to nurture this next generation of young adults and stimulate their excitement about this vast frontier in front of them and around them that we call space. Rather than calling this our final frontier, I look at space as our ultimate destiny. Join me in cultivating our young adult’s interest in the pursuit of space – to study it and to go there. For those with interest in my new book and how the story for this young adult unfolds, or how a science fiction story might turn on your space neurons, visit www.dmrosewood.com. And, as my Latin-speaking friends would say - “Ingenium Opera”, ingenious, works - just ask Bill Nye.

Image of the Leo Triplet and M65 (lower right) © 2011 Warren A. Keller, with permission; www.billionsandbillions.com