Per aspera ad astra – Through Hardship to the Stars 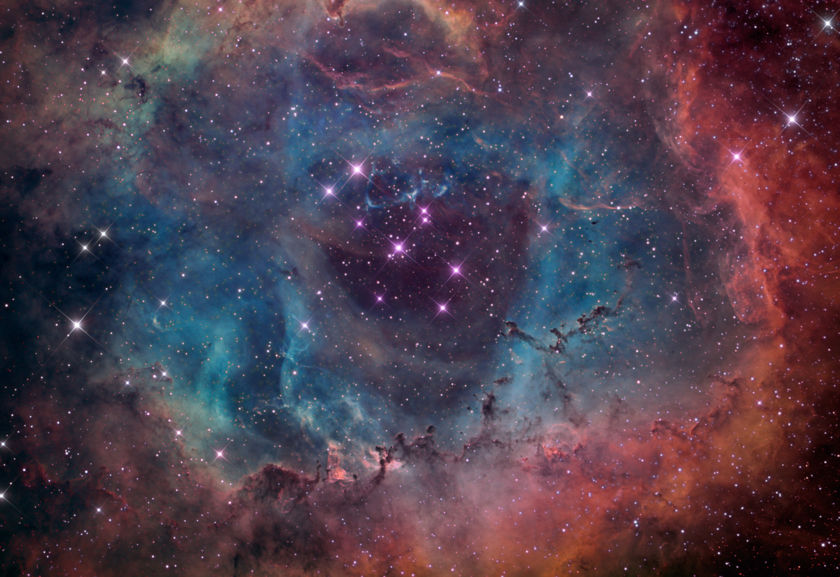 I once believed in the Lord with all my heart, with all my mind, and all my soul. My entire existence was about living in service to that God, a God who represented goodness and mercy and love. In return for my servitude, I was promised a life that lasted longer than death, a peace that surpassed understanding, a world without end.

But I learned soon enough that that unending world in fact had walls, and boundaries that ought not be crossed. The same teachers who showed me God’s world without end, stated the world had to work one specific way for God to be in control of it. This was a reality I could not accept. It felt claustrophobic, like a prison, and the stars cried out to me. It became all too clear that that very specific world was far too small to contain all the knowledge that pleaded to be known. I came to conclude that those who first showed me God’s world were just misunderstanding their own God, misreading their own scriptures. I still respected their knowledge and their faith, but they simply had allowed their human frailty to interpret God through their own small world that they had created for themselves. After all, if God created the Cosmos, it would glorify Him to discover more about it.

As I came of age and learned of the experiences of those around me, I came to realize that mine was not the only way to understand the world. Here were a multitude of others who displayed goodness and mercy and love without necessarily claiming servitude to my god or any god. I thought, maybe, just maybe, God’s love was so large it could encompass all who shared in his traits. But then, the year 2016 cast my faith in stark relief. I watched as many who I respected and learned of my God from began to pledge their allegiance, one by one, to adulterers and liars and thieves. I pleaded with them, not to cast their lot in with the counsel of the wicked, but I soon realized that the lot had been cast long before I took my first breath. The same circles of logic that required the world to be 6,000 years old could be manipulated to hold up selfish adulterers as holy men and traitors as patriots. Faith, it seemed, was about control, and control was the true god we had all been worshiping this entire time.

As the months went on, my grip on my love for my God softened. My respect for those I had learned of my God from was gone. If they had been worshiping a god of control this entire time, who was it that I worshiped? I mourned the gradual decline of this faith as one mourns the ending of a long relationship. I felt constantly sick and disoriented, and I wept often. My faith finally slipped from the tips of my fingers as I watched my grandmother depart this life. The pastors spoke consoling words about meeting her again in the next life. And what evidence did they have? It all depended on floods and angels and in faith that an ancient Jewish philosopher had come back to life of his own accord. I felt that claustrophobic feeling again, that we were all lying to ourselves in order to control the tiny lives we had and deal with the grief of losing them.

But that control had a cost, it meant harming the good, righteous, loving people around us who simply did not wish to cede control to our god of floods and angels. I would have no more of it, but what then, was left to have?

When I was a child I would avoid looking into the sky for fear of falling into that expanse. I clung to the ground when stargazing because it filled my feet with the same dizzying sensation one has when peering over a cliff. The vastness of the Cosmos once made me feel small and insignificant, but as I learned of it I could not help but be overcome with awe. The universe as revealed by science is so much grander, so much more glorious than anyone could have ever imagined. Whenever my mind attempts to contain a Cosmos where sunrises on Mars can be blue, storms can be hexagonal, life in untold forms could exist on billions of worlds, and the collisions of dead stars can shake it at its foundations, my heart swells in my chest, my eyes fill with tears, my breath becomes quick and shallow, and I want to cry out “Holy! Holy! Holy!”

I am such a tiny part of something so much bigger than myself. Somehow this collection of carbon atoms can taste and see and know that this universe is glorious and splendid. It makes the petty things we squabble over seem entirely pointless. I do not know if there is something beyond this life or not, but if this life is all that I have, I will savor every spectra of light that enters my eyes, relish the flavor of every breath that enters my lungs, and selfishly enjoy every other sensation that I have the privilege of experiencing while I can experience it.

I want that for others as well. If life is precious and limited, it is therefore imperative that everyone given the blessing of life is allowed to experience the whole breadth of that blessing without fear, without hatred, without oppression. This is the center of my morality, not some fear of some external force such as hell or a jealous god. If my morality originates from the Cosmic perspective, then I must share it with the world if I want hatred and iniquity to cease. For as Carl Sagan once said, “When you’re in love, you want to tell the world.”

Per aspera ad astra. Through hardship to the stars. We stand here at a crossroads with so much potential at our fingertips. As Paul wrote in his letter to the Christians in Corinth, “When I was a child, I talked like a child, I thought like a child, I reasoned like a child. When I became a man, I set aside childish ways.” It is time to set aside the childish thought processes of our tribal ancestors and reach for a grander calling. I do not claim to know every detail about how everything in the Cosmos works, but I wholeheartedly reject any philosophy that claims there are things out there that cannot be understood. I do not claim to know whether there resides a god in heaven or a devil in hell, but I wholeheartedly reject any philosophy that claims to know who they are based on writings passed down by superstitious ancients, and that I must accept that knowledge as absolute truth. Those who subscribe to these philosophies and who use their god as a tool of control will hate what is written here. Their way of seeing the world will make the journey to the stars difficult, but if we can survive it, it will be well worth daring to attempt.