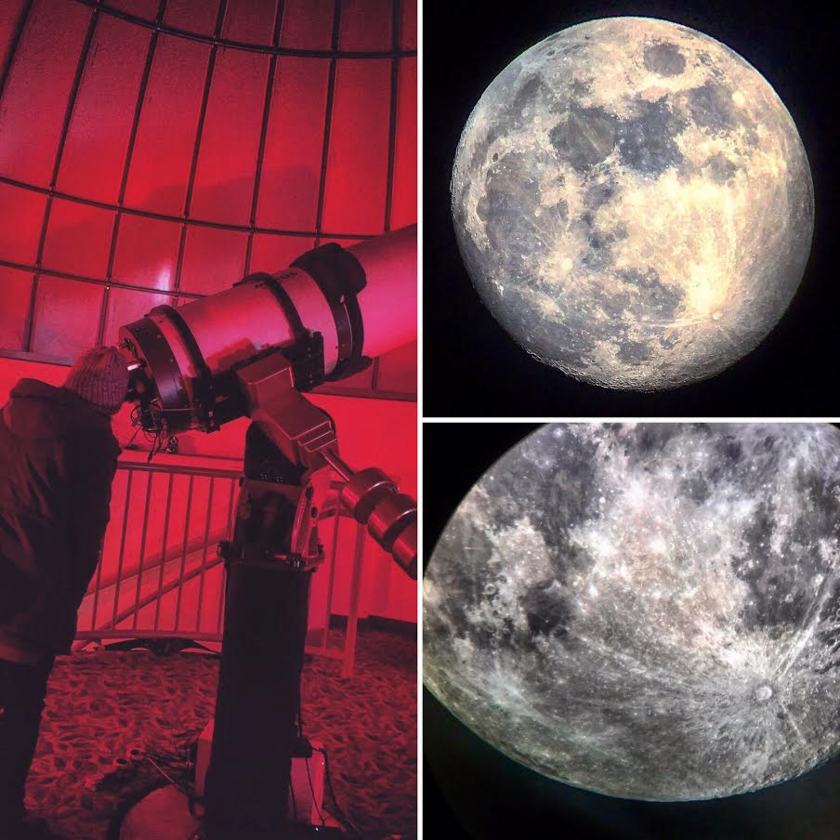 The most exciting part about working at an observatory isn't learning my local sky; it's the reaction the kids have when I show them their favorite planet, a nebula they never thought existed, or a double-star they never realized was there. As I helped a six-year-old boy chart what he was seeing this past Friday, it made me realize how important astronomy is for these kids. Math, physics, geography, history, etc., it opens their minds to the science of astronomy and what its roots are. My favorite part was when, as he was recording what he saw of the moon, he asked me what two specific craters were called. He was asking about Copernicus and Tycho, and I had him write them down. I told him to look them up, and that is when he made plans with his dad for a little research project. Then, his dad said to me, "I think he has found what he's going to love doing for the rest of his life."