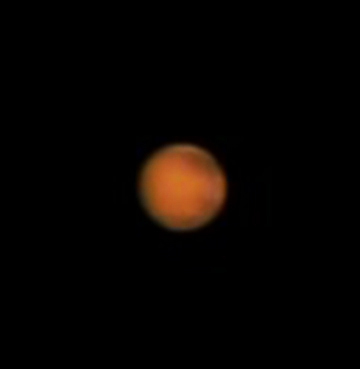 Mars has had a special place in my heart since I saw the first images from its surface taken with the Viking Landers in 1976. Since then, I've followed the Spirit, Opportunity and Curiosity missions with great interest. The planet features prominently in my novel The Solar Sea. This image of Mars was captured in the summer of 2016 with my Orion StarShoot camera and my Celestron 8" telescope. It's amazing to me what we've learned about this world during my lifetime and I look forward to learning more in the years to come.

"WE DID OUR BEST!'"Keep Going Forward!'Through the dustbins of mars history 'Our Rovers Our landers!'