This is Our Home, but will it be Our Only Home? 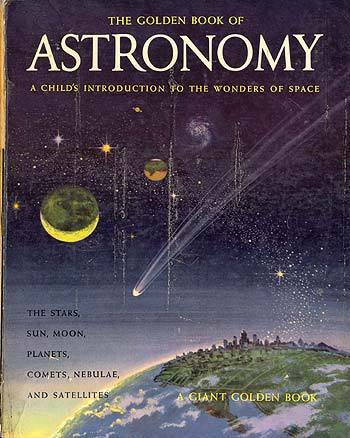 My love and fascination with space began with a children's book, The Golden Book of Astronomy: A Child's Introduction to the Wonders of Space, which I received around age 6 or 7. What I remember most is the feeling of the impact of the images, not only of the planets and moons, but also of the ancient peoples who revered the myths they built around the little points of light in the sky. I wanted to know more about what was really "out there".

While I have never become an astronomer, an astronaut, or even worked with a company involved in space exploration, the fascination and interest in space and its exploration has stayed with me throughout my life.

I am a regular reader of the The Planetary Society's publications and Sky and Telescope. Science fiction has been my favorite genre of books, TV shows, and movies since I was a child. The first satellites and the Apollo series of moon missions were thrilling, and now I love the images coming to us from telescopes such as Hubble and the probes visiting many planets, moons, comets, and asteroids in the solar system and beyond.

One of the story themes that captivates me is of humans colonizing a planet in another star system. If we as a species wish to live beyond the life span of this planet and its solar system, we must learn to live together as well as to build spacecraft that can be self sustaining for their crew for probably many years of travel (or actually find a way to bend space-time so we can perform interstellar jumps in a relatively short time). Clearly, with all the books and videos depicting interstellar settlements, we can dream it. But can we do it? It's my hope that we can, and will, and I envy the generation that makes it a reality.