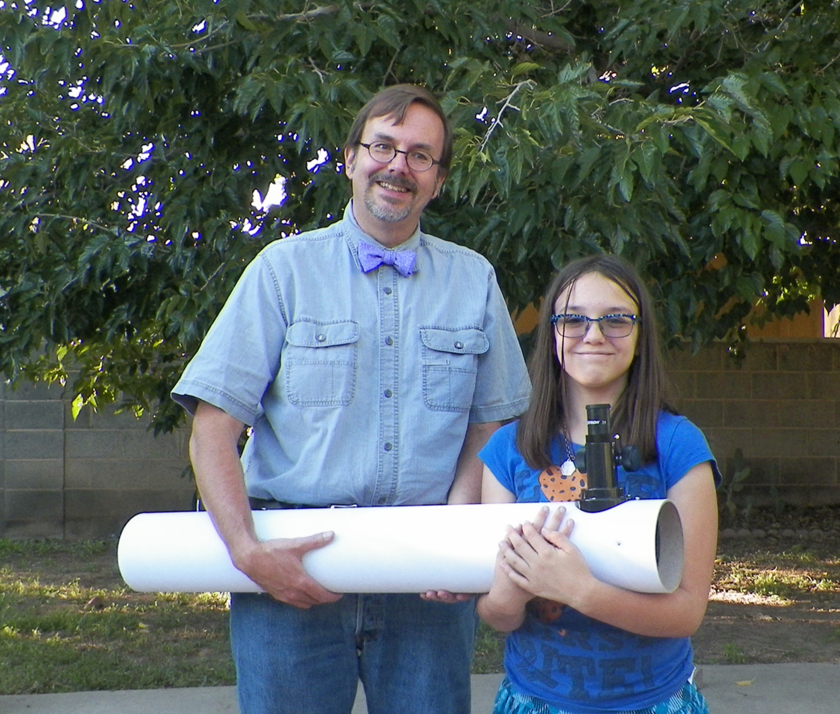 Within a few years, the Voyagers flew by Jupiter and then Saturn. The pictures stunned me and captured my imagination. I wrote to JPL and asked for photos from Voyager, and said I'd love to have some Viking photos as well, if they had some. I was thrilled when I received a packet in the mail from them only a week or two later. Around that time Carl Sagan's Cosmos premiered and I knew I had to be part of the grand adventure of space.

I went on to get a degree in physics and now operate telescopes at Kitt Peak National Observatory where I've helped research topics as wide ranging as bodies in our solar system to extrasolar planets to dark energy. I also feel compelled to share my love of space. I do that through presentations at science fiction conventions, schools, and, of course, I share my love of space with my daughters. In the photo with my story, you see my daughter and I with a small Newtonian telescope we built together.

My love of space also manifests as a love of science fiction. You can see my love of space in such novels as The Solar Sea in which I imagine humans voyaging through the solar system aboard a solar sail spacecraft. Also, here at Kitt Peak, I got to know Dr. Steve Howell, project scientist for NASA's K2 mission. We have collaborated on two anthologies of short stories where scientists and authors have told stories, imagining what planets discovered by the Kepler spacecraft would be like. They're called A Kepler's Dozen and Kepler's Cowboys.