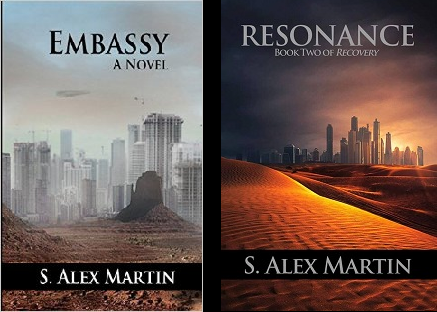 As a college student, I like to be engaged in events that come to my campus whenever there will be a talk about climate change, or space exploration, or anything else in the sciences that promotes responsible sustainability on Earth. I very much want to see us take care of climate change, as well as see the foundations of humanity becoming a multi-planetary species.

As we all know, the general public tends to have a negative outlook on humanity. It's always, "We're destroying the planet!" or "Humans are a virus!" or "NASA is a waste of money!" I think one of the major problems is that the general public isn't educated enough or inspired to care about space exploration and climate change. Sure, there's legislation and published papers surrounding these issues, but on the whole nobody outside of the scientific community is going to go to their library and pick up a copy of "The Lawmaker's Guide to Climate Change."

It's a problem, and it's a problem that I want to help fix. You see, in my eyes, there isn't enough positive advocation through genre literature (particularly science-fiction) for the future of humanity. Everywhere we look, we see dystopians and alien invasions -- people destroying people or aliens destroying people. Let's face it: it's a lot easier to write about a suffering world than one where everything is going good.

But that's what I want to change.

That's why I've been writing science-fiction books. Embassy and Resonance, the first two books in my Recovery Series, present a future where humanity has settled nine planets beyond Earth and formed an Embassy Program that keeps them codependent on one another. The main plot of the series comes through the deterioration of the planet Belvun, which is being overrun by droughts, wildfires, and freak storms as a result of environmental negligence. I also tackle issues such as technology vs. nature, planet terraformation, technology as the foundation of society, lower societies compared with higher societies, responsible environmental programs that include non-human habitation on other worlds and coexistence with other life forms.

All of that, in the framework of a futuristic society as seen through the eyes of a 20-year-old guy who is finally opening himself to new experiences, when he used to shut himself away.

I aim to inspire and inform the general public in as simple a way as possible: entertainment value. These are real issues we face today that could get in the way of achieving a bright future, and it's my goal to give people a glimpse of that future -- rather than a dark, depressing one.

I've even created a website for people to get a taste of this future, and see the inner-workings of one of the planets, in a way that is easily accessible and relevant to today's society:

That is the story I hope to share, the message I want to spread.