The Waters of Mars 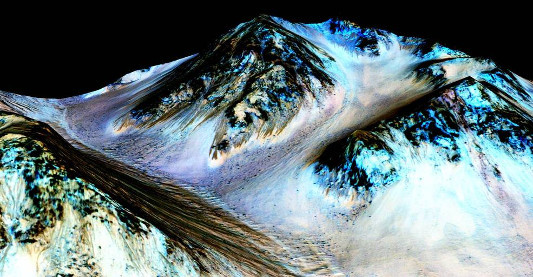 The race for space began with fear that one of our kind might leave home before the other and gain a military advantage. It was not an expedition but a political decision to fuel the Saturn V rockets that carried our species further than ever before. Four decades later, we have advanced our technology such that each of us carries in our pockets more computational power than all of NASA at the time of the Apollo program, yet we remain grounded, the International Space Station the only reminder of a time when we believed we would inherit the stars.

In my lifetime, humans have walked on the moon and orbited the Earth countless thousands of times. But I ask, Will I live to see humans walk on the surface of the Moon again? Will we lay hammer to the rocky surface of an asteroid or sample the flowing waters on Mars? With the British Interplanetary Society, Icarus Interstellar, and the Initiative for Interstellar Studies thought leaders are helping to put words to thought, and designs to words. The Planetary Society continues to lead with real spacecraft finding their way into interplanetary trajectories, even into interstellar space.

With NASA’s bold declaration of water on the surface of Mars, perhaps the dead centre will be shifted to an edge over which politicians without the power of imagination but with the power of economic control will be forced to follow. Maybe then we will be made aware not of what makes us different, but what unites us under a common goal. Exploration. Discovery. The unknown.