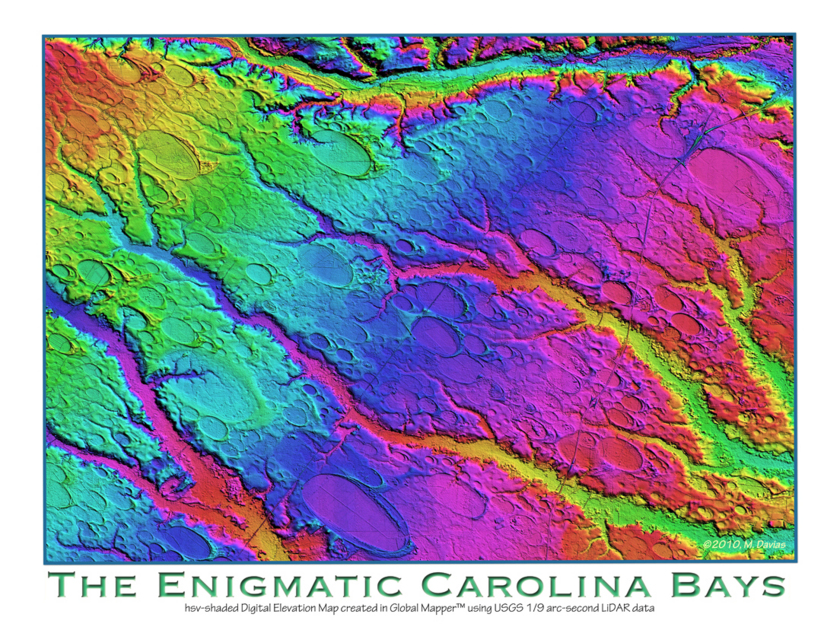 My two daughters, my sister and I visited the North Carolina Science Museum on Thanksgiving weekend in 2005. On display were floor-to-ceiling color images of the enigmatic landforms called "Carolina bays". My daughter Lori was actively doing research on stripped bass on several of the lakes that have formed in these gentle depressions, but she had not even heard of the term!

Since that time I have been exploring the possibility that there was some sort of cosmic catastrophic event involved in the bay creation.

One work product has been the creation of a geospatial catalogue of 45,000 Carolina bays using the Google Fusion Table Facility. Using LiDAR elevation maps such as the one shown here, each bay's rim and orientation has been measured and entered into the database with its lat/long location. The project can be seen at Carolina Bay Survey