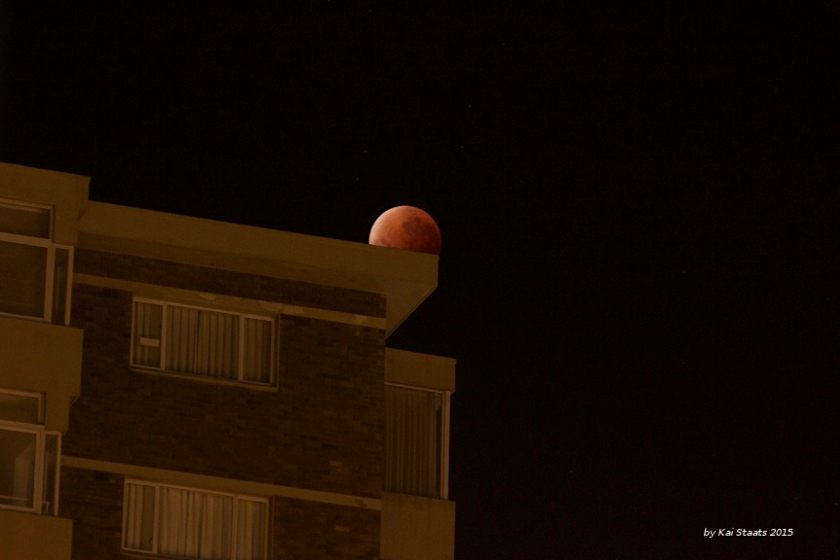 Visibility came and went as the heavy, moisture rich clouds descended from nearby Table Mountain Preserve, winds carrying salty air from False Bay. The Moon rapidly vanished and then appeared again throughout the early morning hours. No, this was not Photoshop'd. Just one of those lucky shots as the clouds cleared one final time, and the building ate the full, red moon.