Supernova in M82 in all its glory! 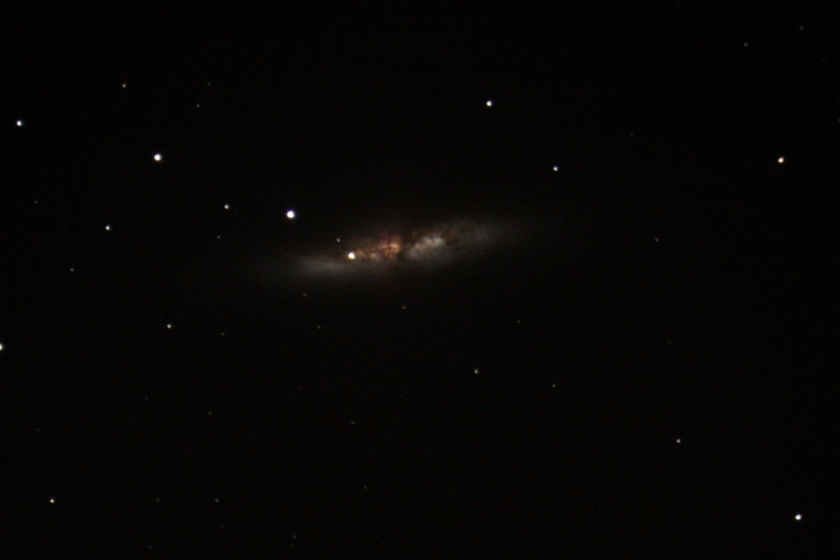 Musk Observatory, MDRS, Hanksville, Utah Credit: Kai Staats, Lucie Poulet 16" Celestron CGE Pro 1400 Canon 60D ISO 1600 / 60 seconds exposure Sunday, 3:24 am, February 2, 2014. I lived and worked for two weeks as a technician and embedded film maker at the Mars Society's Mars Desert Research Station (MDRS), near Hanksville Utah. We were the 134th crew to enter this Mars analog in over ten years. My last night on-site, after several days of cloud cover following snow, I was granted a clear night sky. With my associate Lucie from the next crew, we were able to obtain this photo. With only limited experience as an astrophotographer, I was thrilled with the colour of a single (non-stacked) photo --enjoy!