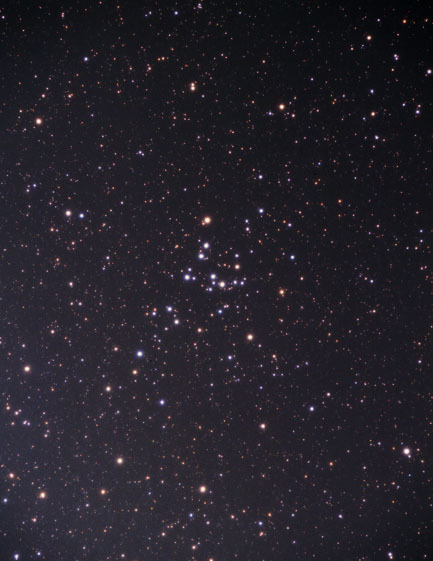 I was born and raised in Saint Louis, Missouri. As I was growing up I had the opportunity to witness the greatest exploration of space by mankind. I remember looking up in the sky in the driveway of our home with my dad and seeing the first man-made satellite (Sputnik) fly across the sky above our heads. I had the opportunity to witness the Mercury, Gemini, and Apollo US Manned spaceflights. It was a very exciting time period to live through. My father purchased my first telescope for me when I was around 10 years old. It was a 60 mm refractor telescope. I pointed the telescope at the moon and was awed by the view of the craters, mountains, valleys, and plains. I remember viewing the Pleiades Cluster and was taken back by what I saw through the lens. It was a spectacular wide-angle view of the multitude of stars within the cluster. I saw the Sun with the transit of Mercury crossing the face of the Sun's surface. I was hooked! From then on I became more and more interested in the study of astronomy and space exploration and because of the manned space race, I became heavily involved in model rocketry.

I built and launched several single and multiple stage rocket models which included familiar favorites such as the German V2, Black Brant, WAC-Corporal, Saturn 1B, and the future Space Shuttle replica. I built, experimented, and launched several of my own rocket designs. I launched rockets with engines of commercial design, including everything from solid propellant and liquid propellant engine designs. I was a member of the school rocket club for several years. After graduating high school, I got married and started a family. I studied astronomy in college but never pursued the subject as a career. My career went in a different direction instead in the scientific field of Crime Scene Forensics. As my children were growing up I spent quite a bit of time showing them the wonders that lie above our heads each night. Since I retired, I now have more time to devote to the passion I have in astronomy. I purchased several different size telescopes ranging from 80mm to 1829mm. I built my own observatory in my backyard and spend most clear nights viewing the sky. I developed a website and devoted it to the subject of astronomy, to share with others who have the same interest and passion in this field of study. I spend approximately 20+ nights a month visually observing, studying and researching everything from the Sun, Moon, planets, galaxies, nebulas, variable stars, exoplanets, comets, and asteroids. I have even started dabbling somewhat into the field of radio astronomy.