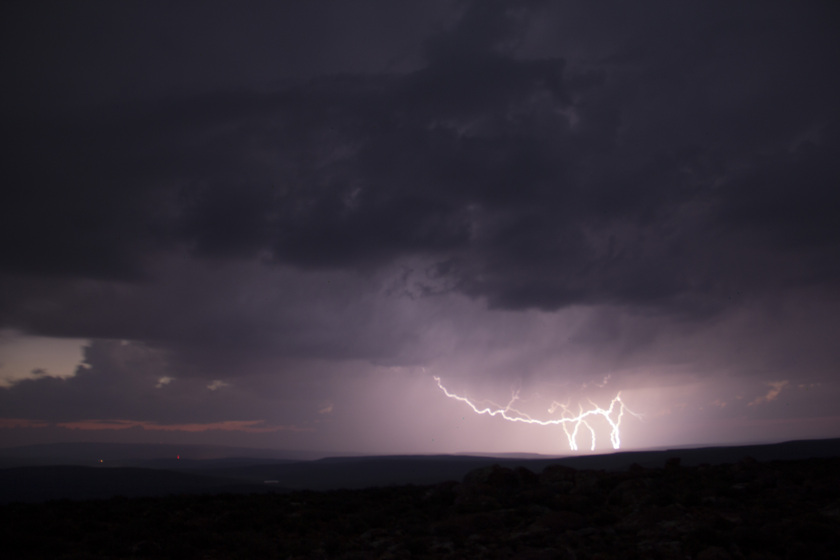 While working on a documentary film about astronomy, I was granted opportunity to spend a week at the South African Astronomical Observatory in Sutherland, South Africa. At sunset, a massive electrical storm moved from east to west, directly over the domes. I remained beneath the growing monster for as long as I was able, taking 30 second exposures until I feared my camera might suffer permanent water damage. This shot was with my Canon 60D, Canon EF 18-135 at 18mm, F4, ISO 320, for 30 seconds.