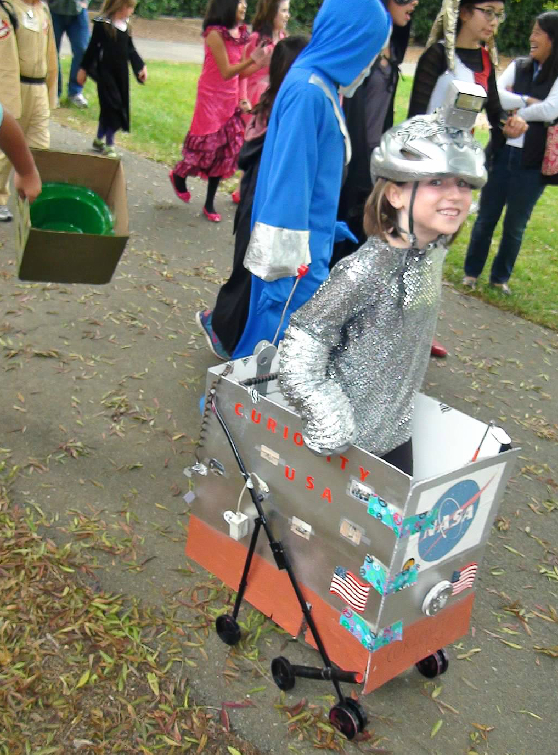 When our West Coast family visited us on Cape Cod this summer, our granddaughter gleefully announced that she was going to be Curiosity for Halloween and asked us to help just before they left. (She and I had watched the 7 Minutes of Terror landing over and over.)

As a Science Fiction game designer I was all in for the challenge. So I took apart some stuff, put together some wheels and tossed in a pile of miscellaneous loose hardware for embellishment.

Grandma created a metallic set of 'rover arms' with a silver suit and with some spray paint and an old Flashbulb fixture we got a reasonable Chem Cam head piece.

We semi-assembled the prototype and skyped with the girl-to-be-rover to show her how it might look. We disassembled it and shipped out in a flat box and followed up with another skype to consult on reassembling the basics.

Then we waited through weeks of silence for the first Curiosity photos to appear.

Shortly after Halloween we got confirmation that Curiosity had landed!