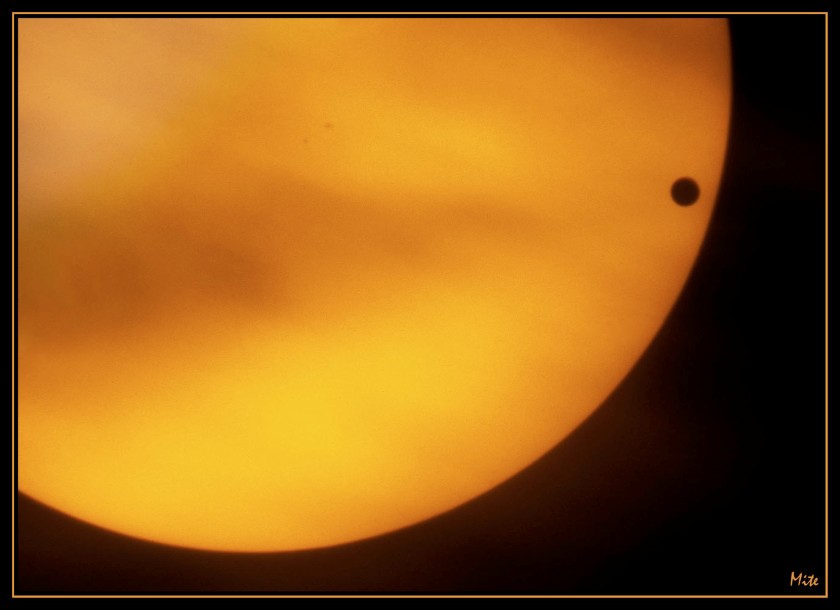 Here is another picture that I took during the 2004 transit of Venus. I used my telescope to get a proper magnification and the image was captured shortly before the third contact, that is when the planet’s black silhouette reaches the limb of the Sun from the inside. On June 5 and 6, 2012, the planet Venus will pass in front of the Sun again for the last time this century. Do not miss this rare astronomical phenomenon. Great tips are provided at this website: http://transitofvenus.nl/wp/where-when/what-is-a-transit-of-venus/

Technical details about this picture:

Equipment: Olympus OM-2 body fitted on a skyview 120mm refractor (F1000) with 2x Barlow teleconverter, attached to a motorized equatorial mount. Exposure time was 5 seconds. The natural yellow color is obtained thanks to an R-G filter (thousand oaks optical). The darker patches are caused by clouds in front of the sun. A couple of sunspots are also visibles as two small specks.