My Love of the Cosmos 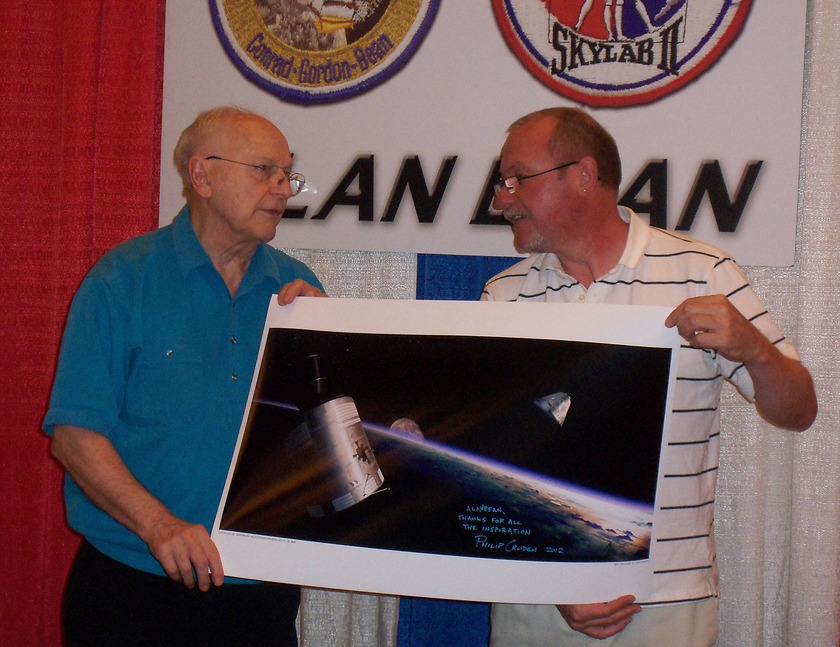 I am happy to be a member of this important society.

In my professional life I am an Art Director and Production Designer in the Animation Feature Film and Television Industries. I have worked on many feature films including Anastasia, Titan AE, Ice Age, and Barnyard to name a few. In TV I have worked on hit shows like The Simpson’s, The Critic, The Pink Panther, Planet Sheen, Back at the Barnyard and a host of others.

My passion for the Cosmos started way back when I was a young boy with the first landing on the moon. It was somewhat of an epiphany moment for me, “The moon is a real place like a planet and you can walk around on it. What else is up there?” I wondered. These of course were the thoughts of a very young curios boy. I have never stopped looking up from that amazing day when Neil, Buzz and Michael made history for all mankind.

When I was 12, I was given my first telescope. I still have fond memories of my best friend Rodney and I camped out in the backyard and watching an eclipse of the moon in the wee hours of the morning. Those days are long gone but still stick close in my memory. Today my pride and joy telescope is a Celestron CGEM-800 which I use for studying and imaging the cosmos. Our moon has been a great subject to explore and with its orbit and the ever changing shadows every night is full of surprises. I also like to study and image the planets in our solar system. I use a Philips SPC900NC webcam to shoot video of our celestial neighbor’s which I then process and stack creating a final image. Most recently I have purchased a DSLR along with some other new gear to start imaging Deep Sky Objects. I call my telescope “MTM” My Time Machine because everything I look at happened in the past so it is like going back in time. This of course is true for all things our eyes see. Here on earth light reaches our eyes in nanoseconds. The light of the moon takes around ¼ second to reach us and the sun’s light 8 min. For me there is something really humbling when viewing our neighbor, the Andromeda Galaxy, knowing that the light took 2.9 million years to reach the tube of my telescope.

NASA in many ways kick started my passion for the cosmos and at the same time a passion for science and being more conscious of the world around me. I look at the world and the cosmos with wonder, fascination and curiosity. As a young teenager I had my second big epiphany, “everything is connected” right down to the atomic level. This really changed my way of looking at everything and my love for science started to grow and grow. Along with that my interest in what NASA was up to, grew also. At the end of the day NASA’s missions, projects and all their programs encompass all realms of science. Today with the internet it has become so easy to stay connected with all the latest discoveries. Who would have thought 30 years ago that we would have a science lab like Curiosity on Mars and be able to watch it all unfold with video and daily updates, it is truly amazing. In 2008 I had the pleasure of being able to visit the Kennedy Space Center, WOW! For those of you who have never been there, I highly recommend a visit, the history there is amazing to see firsthand. Seeing the Saturn V rocket and all its stages was truly a jaw dropping moment.

I live in Arizona and with its beautiful clear skies it is really a wonderful place to be able to view and image the cosmos with MTM. In the summer months the heat comes with temperatures reaching 118’ and sometimes only cooling down to 105’ at night. These are not the greatest conditions to have a telescope out in so for most of the summer MTM is packed away. In the hot summer months I turn my focus from being out with the stars to my imagination and another passion of my, painting the cosmos. All new discoveries start with a concept and until proven true they are nothing more than a concept or a theory. With new discoveries data is collected and theories become truth, these are the things I love to paint. With the technology we have today there are many things we can see in the cosmos and there are many things we just can’t see like Exoplanets but we know they are there, the same is true for whole solar systems forming and the birth of new planets or knowing what Pluto really looks like. For me this is where imagination based on solid science comes into play, what we can’t see is what I like to paint.

Life for me is “A bowl of Undiscovered Stuff”, the stuff we as humans have yet to discover. I think everything has always been there and with new technologies we are now on the edge of some amazing discoveries to come. Who knows, Kepler may pinpoint that planet in a distant solar system that is in the Goldie Lox zone that could harbor life. Curiosity may find the signs that life did exist on Mars and will be able to pin point where to look on future missions to bring back samples. Just recently NUSTAR photographed the Black Hole at the center of our galaxy in action. A mission to Europa may reveal life in our own backyard. Either way I think we are on the edge of the biggest discoveries in human history, no more than ten years ago we did not even know that other solar systems exist and now we know that planets outnumber the stars. Science is all about truth . . .

In May of 2012 I attended SpaceFest in Tucson AZ . I had the pleasure of meeting Gene Cernan, Alan Bean, Richard Gordon and Fred Haise, all Astronauts from the Apollo Missions. I also met Tom Jones and Mike Mullane, Astronauts from the Shuttle Missions. It was a real pleasure to meet these true American heroes. I presented one of my paintings to Gene Cernan titled “Welcome Home Apollo XVII”. I also presented Alan Bean with one of my other paintings called “Apollo XII, Mission Accomplished”. The image at the top is me presenting my painting to Alan Bean. It was a treat to chat with him, I wanted to talk about landing on the moon but he wanted to talk about art, he won.

www.billionplanetsquest.com is my Astronomy, Art and Photography site.

All the best, Philip A Cruden

HOW DID YOU DO MEMBER OF THE PLANETARY SOCIETY?