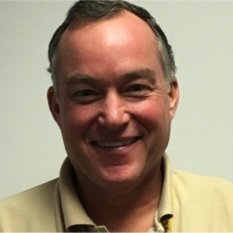 Tom has been at the Jet Propulsion Laboratory for 30 years and has supported several flight projects with destinations throughout the solar system and beyond. He stared his career working on the Voyager project for its encounter with Neptune. On that project he also tested the flight software that is currently operating the spacecraft as it cruises through interstellar space. After Voyager, Tom supported a series of earth instruments designed to understand the interaction of the oceans and the atmosphere using radar scatterometry. Tom was the lead test engineer for the electronics systems on these missions. Tom returned to supporting outer planet exploration when he supported the Cassini mission to Saturn as the lead hardware test engineer for the main computer system. After this effort, Tom moved to support the STARDUST Discovery mission to the WILD-2 comet as a member of the project systems engineering team. STARDUST was the first mission to capture return comet dust to Earth. After supporting a technology development effort to develop next generation computer systems for spacecraft, Tom turned his attention to Mars. For the twin Mars Exploration Rovers, Spirit and Opportunity, Tom was the Avionics Systems Manager responsible for the computer hardware and software deliveries. After this, Tom moved onto support the GRAIL Discovery mission to the Moon as the Deputy Project Manager. GRAIL successfully produced the first high precision gravity map of the Moon. Tom is currently the InSight Project Manager and has supported the mission since selection as the 13th Discovery mission. When not building spacecraft Tom enjoys traveling and adventure sports such as snowboarding and mountain biking. 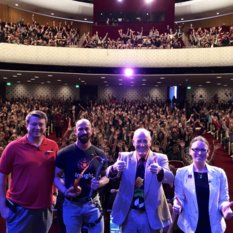