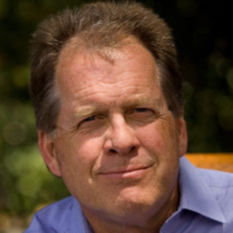 Timothy Ferris is the author of a dozen books, among them Seeing in the Dark, The Whole Shebang, and Coming of Age in the Milky Way, which was translated into fifteen languages and named by The New York Times as among the leading books published in the twentieth century. A former newspaper reporter and editor of Rolling Stone magazine, he has written over two hundred articles and essays for publications such as The New Yorker, National Geographic, The New York Review of Books, Forbes, Harper's, Life, Nature, Time, Newsweek, Readers' Digest, Scientific American, The Nation, The New Republic, and The New York Times.

Ferris has made three documentary films, all of which premiered in prime time on PBS—"The Creation of the Universe," "Life Beyond Earth," (www.pbs.org/lifebeyondearth) and "Seeing in the Dark" (www.pbs.com/seeinginthedark).

Ferris produced the Voyager phonograph record, an artifact of human civilization containing music, sounds of Earth and encoded photographs launched aboard the twin Voyager interstellar spacecraft now exiting the solar system. He was among the journalists selected as candidates to fly aboard the Space Shuttle in 1986.

Called "the best popular science writer in the English language" by The Christian Science Monitor and "the best science writer of his generation" by The Washington Post, Ferris has received the American Institute of Physics prize and a Guggenheim Fellowship, and his works have been nominated for the National Book Award and the Pulitzer Prize.

A Fellow of the American Association for the Advancement of Science, Professor Ferris has taught in five disciplines – astronomy, English, history, journalism, and philosophy – at four universities. He is currently an emeritus professor at the University of California, Berkeley.