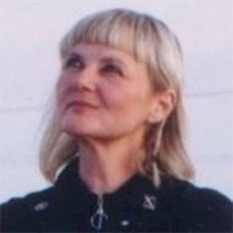 Randa Milliron is the CEO of Interorbital Systems (IOS) in California. Randa manages IOS, coordinates AST launch licenses, obtains FAA flight waivers, and assures compliance with government regulatory agencies. Also an award-winning television director and producer, Ms. Milliron has taught television production and communication courses at colleges in Europe and America, and is currently on the faculty of the University of Phoenix. Her extensive media background includes two years as a Television News Director and Producer at AFN Berlin. Randa holds a BA in Existential Phenomenological Psychology and an MA in African Languages from Duquesne University. She is a doctoral candidate at Humboldt Universitaet, Berlin, and has completed formal studies in Chemistry. Her current involvement at IOS includes marketing, public relations, and experimentation in the development of heat-resistant composite materials; in space-based agricultural systems; and in plant-based food production.

Photo and biographical information from LinkedIn. 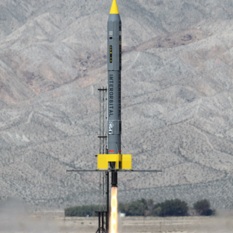 A Little Rocket Company Shoots for the Moon

CEO Randa Milliron introduces us to Interorbital Systems, which wants to put your payload in orbit for as little as $8,000. Can they do it?