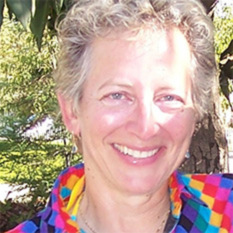 Pamela Conrad is an astrobiologist and mineralogist with the Planetary Environments Laboratory at the NASA Goddard Space Flight Center in Greenbelt, MD, USA. She has worked for the past several years on the development of approaches and measurements for assessment of habitability in planetary surface environments and the development of non-invasive optical methods for the in situ chemical and mineralogical surface assessment of potential rock sample targets. Her planetary science interests include the comparative early evolution of Earth and Mars and the measurement of habitability potential on rocky bodies in the solar system. She is Deputy Principal Investigator and Investigation Scientist for the Sample Analysis at Mars instrument suite, which is presently exploring Gale Crater on Mars as part of the Mars Science Laboratory mission. Her extensive field experience revolves around characterizing the edges of the habitable zones in deserts (both polar and temperate) and testing rock targeting (triage) tools. She has participated in seven arctic expeditions as well as two Antarctic expeditions (one as PI), and explored deep-sea hydrothermal vents on the floor of the Pacific Ocean from a submersible. Earth-based interests include applying habitability assessment measurements to the chemical and mineralogical characterization of surface and shallow subsurface terrestrial environments.