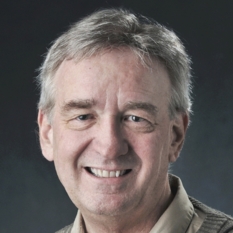 Dr. Michael D. King is a Senior Scientist Emeritus in the Earth Sciences Division at NASA’s Goddard Space Flight Center. He previously served as Senior Project Scientist of NASA’s Earth Observing System (EOS) from 1992 to 2008. He began his career at Goddard Space Flight Center in January 1978 as a physical scientist, and served as Project Scientist of the Earth Radiation Budget Experiment (ERBE) from 1983-1992. The Earth Radiation Budget Satellite (ERBS) was the first science satellite launched from the Space Shuttle (STS 41-G) and was deployed by Sally Ride from Challenger in October 1984. After retiring from NASA in April 2008, he joined the Laboratory for Atmospheric and Space Physics at the University of Colorado, where he currently holds a faculty appointment as a Senior Research Scientist.

Dr. King is Team Leader of the MODIS science team on the Terra and Aqua satellites. As a team member, he also led the development of 5 science algorithms being run routinely to process MODIS data, including the algorithm for determining cloud optical thickness and effective particle radius of both liquid water and ice clouds, and gridded global atmosphere properties at 1° x 1° latitude/longitude resolution.

Dr. King has received many awards including the William Nordberg Memorial Award for Earth Science, the NASA Exceptional Scientific Achievement, Medal, NASA Outstanding Leadership Medal, and the NASA Exception Service Medal; the Verner E. Suomi Award of the American Meteorological Society (AMS) for fundamental contributions to remote sensing and radiative transfer; and recipient of the Space Systems Award of the American Institute of Aeronautics and Astronautics (AIAA) for NASA's Earth Observing System (EOS) Team. He is a member of the US National Academy of Engineering, a Fellow of the American Geophysical Union (AGU), a Fellow of the American Meteorological Society (AMS), and Senior Member of the IEEE. He has also been an author or co-author of over 90 papers published in refereed scientific journals, in addition to editing 1 Book (Our Changing Planet: The View from Space), 4 Scientific Documents (EOS Science Plan; EOS Science Plan Executive Summary; EOS Reference Handbook; EOS Data Products Handbook, Volume 1) and many book chapters and technical reports.